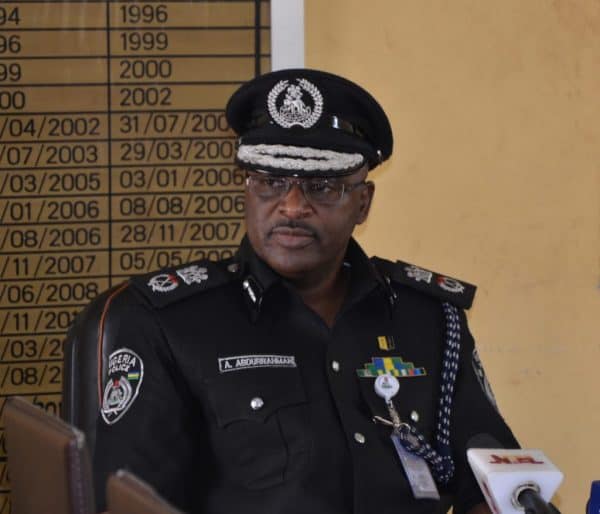 The Police Command in Enugu State says it has constituted an investigative panel over three officers involved in professional misconduct within Enugu metropolis.
The Commissioner of Police in Enugu State, Ahmed Abdurrahman, disclosed this in Enugu on Monday while briefing newsmen on the identified and arrested officers.
The News Agency of Nigeria recalls that the officers were those allegedly involved in a viral social media video clip beating a civilian, Justice Obasi, on January 4 around Kenyatta Street, Uwani over a minor issue.
The officers included two Non Commissioned Officers and one police constable.
Abdurrahman said the panel had been given three days to conclude its work and report back to the command through the commissioner’s office.
He said: “After the panel’s three days’ work, we will look into its findings and recommendation.
“Then, they will definitely face orderly room trial and after all these, we know what level of punishment will be meted on them.”
The Commissioner said the Inspector-General of Police, Mohammed Adamu, who saw the video clip and was quite disturbed, had ordered for a full investigation and arrest of the police personnel involved.
According to him: “As the IG gave his directive to fish out those involved, within some minutes we were able to identify and arrest the three personnel involved.
“The members of the public should know that the Nigeria Police under the present I-G cannot condone and shade such uncivilized characters.
“Nigerians should know that negative action of the erring personnel is unprofessional and does not in any way reflect the image and attitude of the Nigerian Police.
“We are here to police with human face and some level of decorum and civility.”
On the recent locking up of Assemblies of God Church, Agbani Road, the commissioner said the police did not chase away worshipers.
Abdurrahman explained that the police responded following a distress call from some church members that two factions of the church were fighting and about to cause social unrest in the state.
He said: “When the police got there, all efforts to make the worshipers co-worship, while we set a date to look into their grievances, proved abortive.
“When the police personnel on ground saw that their violence and disagreement was getting out of hand, they had to lock the church premises to prevent bloodshed, arson and wanton destruction of property.”