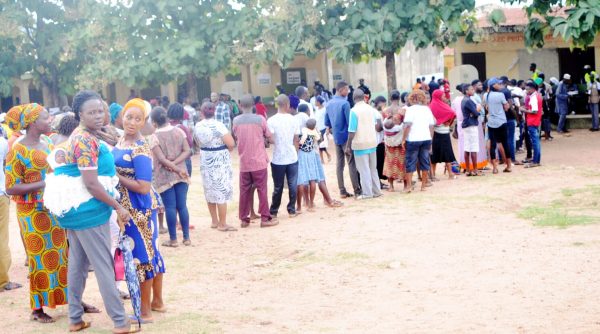 The Kano State Police Command has warned politicians against posing threat to the peaceful conduct of the January 25 House of Representatives re-run election in the state.
Habu Ahmadu-Sani, the state Commissioner of Police, disclosed this during a stakeholders’ meeting at the state Police Headquarters in Bompai, Kano.
Police Public Relations’ Officer, DSP Abdullahi Haruna, disclosed this in a statement in Kano on Thursday.
“Anybody found posing threat to the peaceful conduct during the upcoming election will be decisively dealt with in accordance with the provisions of law,” Ahmadu-Sani said.
He reminded the stakeholders that all political party leaders and aspirants involved in the election had already signed a Peace Accord.
Earlier, the state Independent National Electoral Commission Resident Electoral Commissioner, Prof. Risqua Shehu, said the commission was committed to free, fair and credible re-run election.
Shehu said sensitive materials had already arrived in preparation for Saturday’s re-run in Rogo, Bebeji, Kumbotso, Kiru, Minjibir, Tudun Wada, Madobi, Bunkure and Doguwa Local Government Areas of the state.
The meeting was also attended by heads of security agencies in the state.