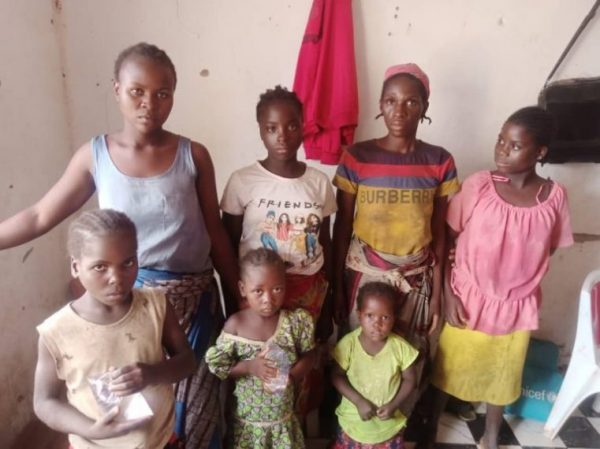 The Kaduna State Police Command has discovered seven kidnapped victims, who escaped their captors, near Tsohon Gayan Village in Kachia Local Government Area of the state.

The Command’s Public Relations Officer, Mohammed Jalige, made the disclosure in a statement issued on Wednesday.

Jalige said that on May 25 at about 9:30am, operatives of the command encountered seven females, all indigenes of Mai Goro village, Kachia Local Government Area, wandering helplessly around the bush after Tsohon Gayan village.

“They were immediately evacuated and rescued to Toll Gate Divisional Police Headquarters,” he said.

The command’s Public Relations Officer further said preliminary investigation revealed that on May 22 at about noon, the villagers were allegedly abducted by suspected bandits to an unknown destination.

He said that when debriefed, the victims claimed to have escaped from captivity while the bandits on sentry were asleep.

Jalige said that all the rescued persons were stable, but weak, adding that after being profiled, they were taken to hospital for immediate medical attention.

“Efforts are ongoing to establish contacts with their relations for proper handing over,” the command’s spokesman said.

Jalige said that the Kaduna State Commissioner of Police, Yekini Ayoku, had commended the officers and men responsible for the rescue.

Ayoku urged members of the public to always be vigilant and report suspicious persons or objects in their environment to security agencies.