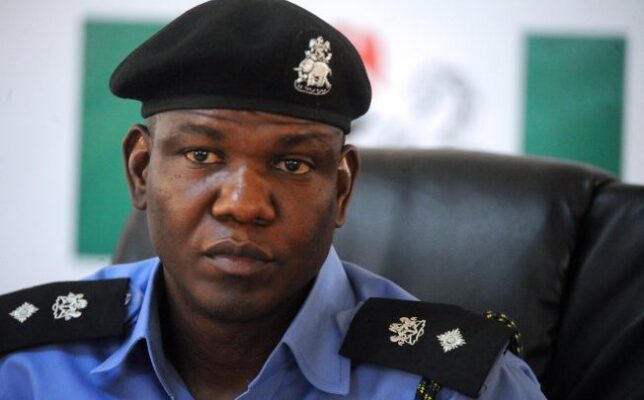 The Nigerian Police Force has said it recovered a total of 31 assorted weapons from 60 suspects arrested over various alleged criminal offences in different parts of the country.
The Force Public Relations Officer, DCP Frank Mba, made the disclosure on Monday while briefing journalists in Katari Local Government Area of Kaduna State.
He said the suspects were arrested for alleged conspiracy, armed robbery, kidnapping and homicide.
Mba said 10 of the weapons recovered were Ak47 riffles, nine AK49 and one AK104, the latest in the AK series
He added: “We also have on our recovery list other kinds of weapons, including pump actions, pistols and other forms of locally fabricated firearms.
“A total of 365 live cartridges, 469 live ammunition of both AK47 and AK49 firearms were also recovered.”
Mba said police also uncovered the use of motorcycles to conceal weapons for movement from one part of the country to another.
He said: “We have uncovered one of the arms concealment strategies being deployed by some of the suspects to move weapons from one part of the country to another.
“The suspect in this case was arrested in Katsina while trying to move the weapons to Niger State.
“What he did was to specially design beneath the seat of his motorcycle a chamber where he concealed the weapons for movement.”
He said prima facie cases had clearly been established against the suspects, adding that some cases were still under investigation.
Mba said the suspects would be arraigned in court on completion of investigations.
He said the choice of Katari for the briefing was due to the fact that before now the area was the “unofficial headquarter” of kidnapping along Abuja-Kaduna Road.
According to him, the inauguration of operation Puff Adda, an initiative of the Inspector General of Police, Mohammed Adamu, has changed the narrative.
He said the combined activities of the various units under the initiative was already yielding expected results.
Mba said the police operational vehicles inaugurated by President Muhammadu Buhari  in December 2019 had all been fully deployed
He added that the Close Circuit TV mounted on all their vehicles were fully functional and playing significant roles in supporting the operation of the police.