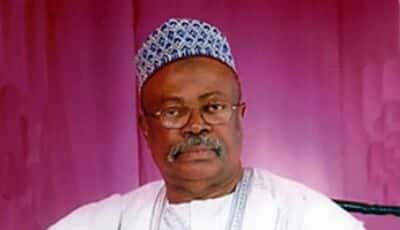 Former Lagos Commissioner of Police, Alhaji Abubakar Tsav, says Monday’s protest by some policemen in the North East was an act of treason.
Tsav stated this in a statement made available to the News Agency of Nigeria on Tuesday in Makurdi.
He stressed the need for the Federal Government to urgently address the matter adding that the incident clearly showed that there was a dereliction of duty and inhumanity on the part of the police authorities.
He said: “It is an act of gross indiscipline laced with treason for policemen to embark on demonstration for none payments of their allowances, while on operation especially in volatile areas like Maiduguri which is infested with Boko Haram insurgency.
“The police authorities ought to know this; if the welfare of the policemen on operation is not properly taken care of how can they give in their best in the operation?
“There is gross dereliction of duty and inhumanity on the part of the police authorities here and this should be immediately addressed, the policemen involved should not be victimised.”
Tsav, also the immediate past Federal Commissioner, Public Compliant Commission  urged the police authorities and the federal government to seriously look into the issue of selective promotions in the organisation.
He said: “The issue of selective promotion in the police is another serious issue which the authorities and the presidency need to look into with all seriousness to ensure justice and fairness.
“The policy of “Monkey dey work, and Baboon the chop” should not be allowed in the police.
“Nothing should be done to dampen the zeal and enthusiasm of the working personnel, promotion should be on merit and seniority as has always been.”
The News Agency of Nigeria reports that some policemen on special duty in the North East had on Monday protested over non-payment of their allowances among other things.