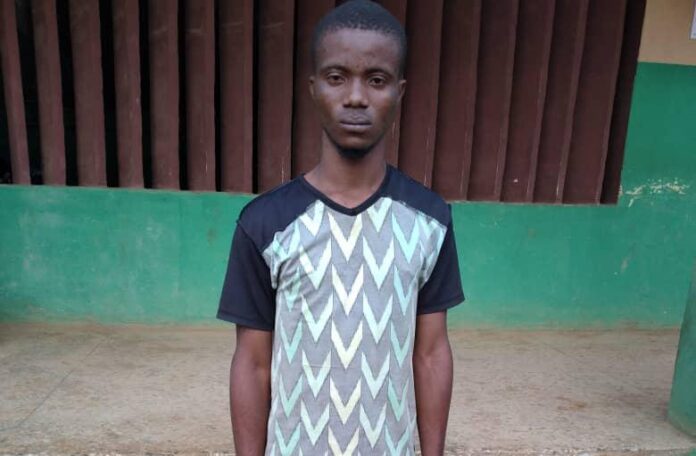 The Special Strike Force on Social Miscreants, inaugurated by the Commissioner of Police, Lagos State, Hakeem Odumosu, has arrested the leader of Aiye Confraternity, Sikiru Samuel.
This was contained in a statement issued on Sunday by the state Police Public Relations Officer, DSP Bala Elkana.
Elkana said the 24-year-old Samuel, popularly known as Samora, was arrested at Imota, Ikorodu by the team recently deployed to curb activities of cultists and other social miscreants in Ikorodu and its environs.
He listed other members of the gang arrested as Adegboyega Ismaila, 19; Sunkanmi Shonubi, 19, popularly known as Napel; Adigun Faruq, 18; Rilwan Akinwale, 30; and Victor Uju, 18, aka Zino.
Also arrested were Juwon Idowu, 18, aka Lighter; Rasak Adebola, 20, aka Bobo; and Kehinde Keshinro, 18.
Elkana said: “The gang is responsible for series of violent attacks and gang violence in Ikorodu and environs.
“One of such violent attacks, which happened on February 12, led to the death of one David Nwanga, 30, of Araro Adamo area.
“The suspects have been handed over to the homicide section of the State Criminal Investigations Department (SCID), Yaba, for discreet investigation and they will be charged to court.”
Elkana also said policemen from Oke Odo Police Station on patrol on the Lagos/Abeokuta Expressway arrested five social miscreants and recovered one double barrel shot gun and three live cartridges from them.
He said: “The social miscreants were intercepted at Katangowa refuse dump, smoking dry weeds suspected to be Indian hemp.
“On sighting the police, the miscreants took to their heels but were chased down and apprehended by the police. The suspects will also be charged to court.”