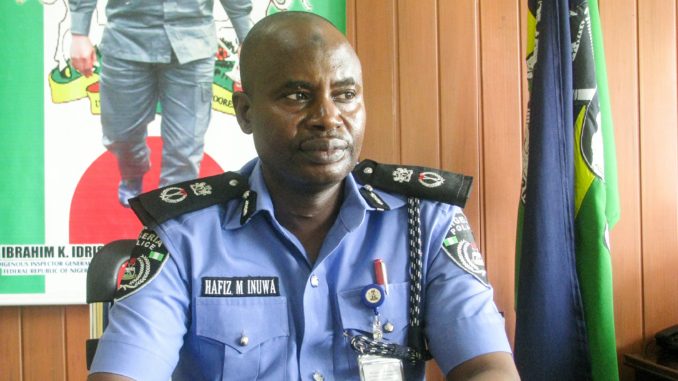 The Delta State Police Command says it has commenced investigation into the death of the six exhumed corpses allegedly buried in shallow graves in Uwheru Kingdom, Ughelli North Local Government area of the state.
The state Commissioner of Police, Hafiz Inuwa, disclosed this to newsmen on Tuesday in Warri, Delta State.
Inuwa said the corpses were brought to the Ughelli Police Station on Monday evening by some members of the Uwheru kingdom.
The News Agency of Nigeria reports that a clash occurred on February 15 at Avwon, Agadama, Ohoror and other neighbouring communities of Uwheru kingdom.
Inuwa said those who brought the corpses claimed that the bodies were victims of the recent attack between the communities and suspected herdsmen.
He said the six bodies that were exhumed by some people were brought to the police station in Ughelli, adding: “We were not there when they exhumed the corpses.
“We are investigating the matter because they alleged that the bodies were those killed during the herders/farmers clash in Uwheru.
“It is the investigation that will tell us who killed them, who buried them, when they were buried, who exhumed them and what have you.
“If we discover that there are some criminals who come here under the guise of herders or farmers to foment trouble, we shall deal with them ruthlessly.”
Inuwa said the command had been relating with the committee constituted by Governor Ifeanyi Okowa on the herders/farmers interface to ensure peace in the state.
He recalled that the police had earlier issued a statement that there was no death during the clash.
“I still stand by what I said then that we did not recover any corpse.
“It is what we see that we will report.
“There was no recovery of any corpse on the first day of the clash.
“But I am admitting these six corpses,because they were brought to us by people who said they exhumed them from the communities where the clash took place.”
A reliable source in the community said a team of security personnel and members of the community discovered the shallow grave on Monday, while searching for the bodies of the victims.