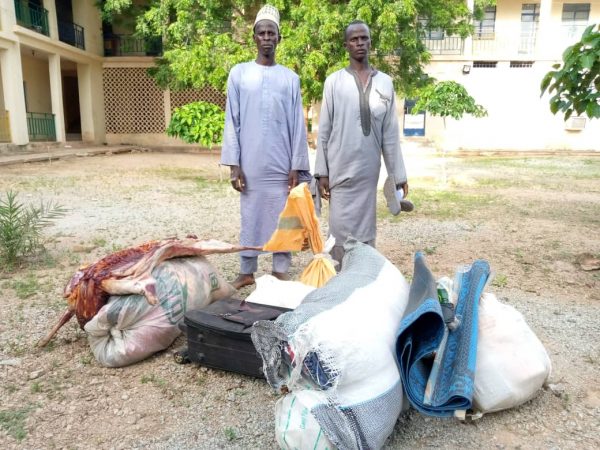 Operatives of the Katsina State Police Command have foiled the attempt by a human trafficking syndicate to traffic nine persons out of Nigeria to Libya.

The spokesman of the Command, SP Isah Gmabo, revealed this on Wednesday in a statement.

Gambo said the syndicate was busted on July 25, 2020 at about 12 noon by the Joint Border Patrol Team attached to Mai’addua Division.

In another development, Gambo announced the death of three bandits on July 28, 2020 at about 1am.

According to the spokesman of the police, the Area Commander of Dutsin-ma led a combined team of Counter-Terrorism Unit and Vigilante group, based on a distress call,  that bandits in their numbers armed with AK 47 rifles attacked Ruwan-Dorawa village, Dutsin-ma LGA of Katsina State and rustled some domestic animals.

The team went after the hoodlums and blocked their possible exit route and ambushed them in to a gun duel.

The teams succeeded and killed three bandits, recovered one AK 47 rifle, six motorcycles abandoned by the bandits, 17 cows and 40 sheep.

On July 27, 2020 at about 1am the DPO of Batsari led Operations Puff Adder and Sharan Daji based on the report that bandits in their numbers armed with AK 47 rifles, shooting sporadically, attacked Gano Village in Batsari LGA and rustled unspecified number of domestic animals.

The team recovered five bandits’ motorcycles and all the rustled animals.