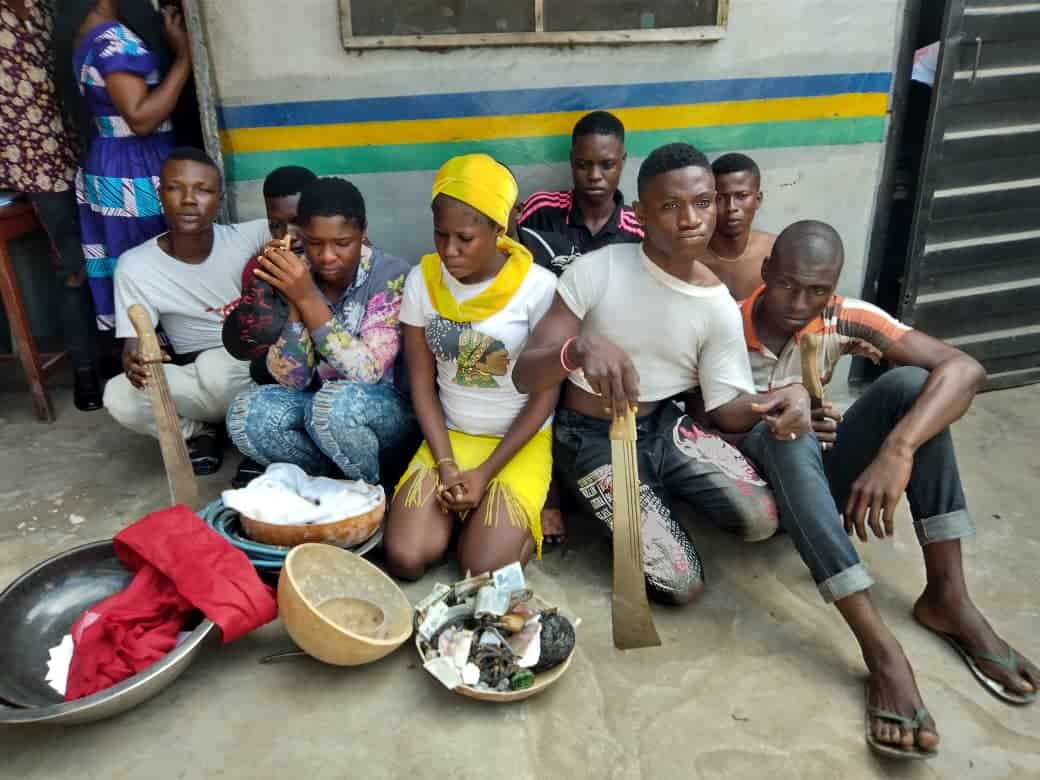 The operatives of Operation Crush attached to the Lagos State Police Command have arrested eight suspected cultists during their initiation into “One Million Boys” cult group.
The Lagos State Police Command’s spokesperson, DSP Bala Elkana, said various dangerous weapons and assorted charms were recovered from the suspects.
Elkana said in a statement on Sunday: “On August 15 at about 7: 30 p.m., operatives of Operation Crush from Ilemba Hausa Police Station led by the Divisional Police Officer, CSP Kazeem Abonde, and acting on credible Intelligence, arrested eight suspected members of ‘One Million Boys’ confraternity during their initiation.
“The suspects were arrested at No.15, Alado Street, Shibiri in Ojo Local Government Area of Lagos State where they were being initiated into the cult by one Yusuf Abu; 20.
“Those arrested are: Sunday Gabriel, 20, Rilwan Dauda, 18, Mohammed Sikiru, 23, Oladimeji Abayomi, 18, Rasheed Alabi, 20, Habeeb Idowu, 18, Olaiya Bisola, 18, and Hazzan Hawawu, 19.
“Three sharp cutlasses, a fetish calabash with dangerous substances suspected to be ‘Juju’ and weeds suspected to be Indian hemp were recovered from them.”
Also, the police arrested a traffic-robbery suspect, Taofeek Oladiran, at Mushin and recovered firearms from him.
Elkana said the suspect was arrested by a patrol team policemen attached to the Mushin Police Division.
“On August 16 at about 10:22p.m., the Anti-crime patrol team from Mushin Police Station led by Inspector Dada Akawu intercepted one Honda motorcycle with registration number AKM 300 VJ, red in colour along Ogunmokun Street in Mushin.
“The motorcycle was conveying four persons reasonably suspected to be members of a gang of armed robbers terrorising Mushin and its environ.
“The gang mostly operates on motorcycles for easy access to escape routes after their operations. The gang was responsible for a series of robberies reported in the area with the same mode of operation.
“They used to take advantage of the traffic situations to dispossess unsuspecting members of the public of their valuables such as handsets, laptops, bags and money.
“The rider refused to stop and was given a hot chase by the patrol team.
“The leader of the gang known as Taofeek Oladiran, 26, was arrested while others escaped through different directions into the crowded areas along Akala and Idi-oro.
“The motorcycle was recovered. One bag containing a locally-made pistol, one expended cartridge, eleven live cartridges, a jacket decorated with charms were recovered from them.
“The suspects at large are identified as: Afeez ‘m’ Micheal ‘m’ and Tolu ‘m’.
“The operatives of the Special Anti p-Robbery Squad have taken over the case and had launched a manhunt for the three fleeing suspects. Investigation is still ongoing.” 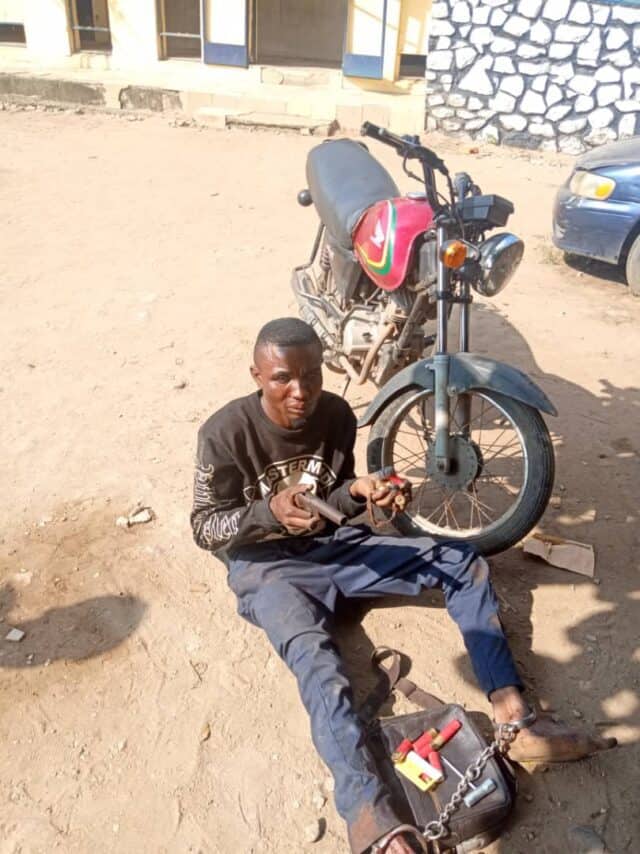