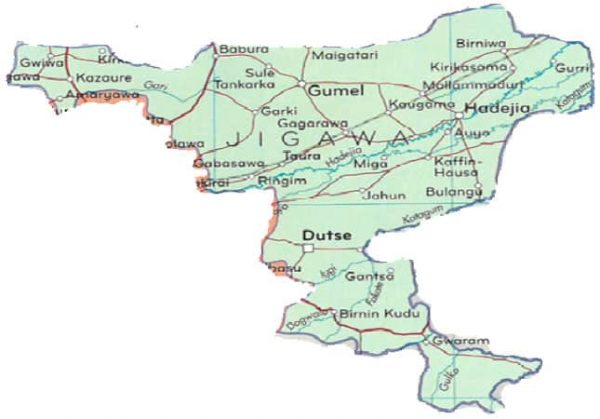 Police in Jigawa have arrested a 25-year-old man suspect, Saminu Muntari for allegedly stabbing a farmer, Murtala Alhassan, to death over a firewood issue.

The State Police Command’s spokesman, ASP Lawan Shiisu, disclosed in Dutse, the State capitla Monday, saying the deceased had challenged Muntari on April 15 for trespassing into his farm to fetch firewood.

He explained that Muntari later went to the residence of the deceased and stabbed him with a knife for challenging him over the cutting of firewood from his farm without authority.

ASP Shiisu confirmed that the victim died on the spot.

“On April 16, the District Head of Kwalam Village in Taura Local Government Area informed the police that one Murtala Alhassan of Kaura Village noticed that one Saminu Muntari trespassed into his farmland and cut firewood.

“That Alhassan enquired from Muntari why he cut firewood from his farm without his consent.

“Later in the day, Muntari went to the house of Alhassan and stabbed him with a knife on the right side of his chest as a result of which he died on the spot.

“Muntari also stabbed an eyewitness, Sunusi Nasiru, on his left hand for attempting to apprehend him,’’ the police spokesman stated.

According to him, upon receipt of the report, the police moved to the scene and took the eyewitness to Ringim General Hospital for treatment.

The deceased was confirmed dead by a medical doctor at the same hospital.

Shiisu added that the remains of the deceased were later released to his family for burial.