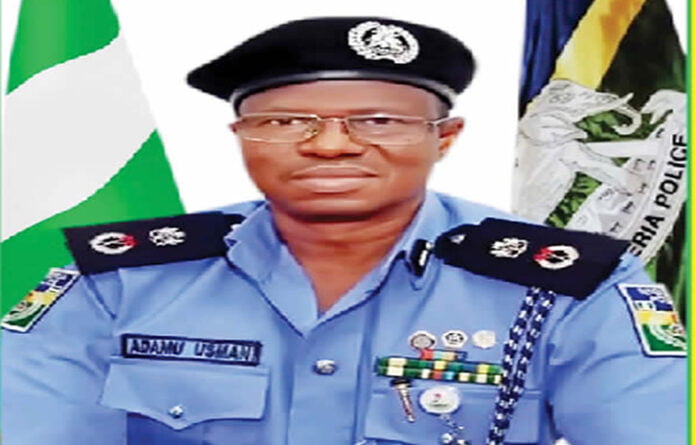 The Niger State Police Command said it arrested 16 people who allegedly attacked its patrol team and set their vehicle ablaze.
The incident occurred on Saturday evening in Minna, the state capital.
Alhaji Adamu Usman, the Commissioner of Police in the state, told the News Agency of Nigeria in Minna on Sunday that the driver of the police vehicle and two civilians had been taken to the hospital for treatment.
Usman said: “On 25th January at about 15:40 hours, a police patrol team closed for afternoon shift duty and was moving on Western bye-pass road to Police Headquarters, Minna for duty handing and taking over.
“On reaching the pedestrian bridge at Kure Market junction, Minna, a trailer driver attempted to overtake the Police vehicle but ended up brushing the patrol vehicle forcing the Police driver to hit two pedestrians who sustained various degree of injuries.
“Consequently, the hoodlums suspected to be Okada riders stationed closed to the market, took laws into their hands, attacked the patrol team, mobbed three police personnel and set the patrol vehicle ablaze.
“This aided the escape of the trailer driver who is the principal suspect.
“However, the police driver, the motorcyclist and his passenger are undergoing treatment at Police Clinic and IBB Hospital, respectively.
“We have arrested 16 suspects and 20 motorcycles have been impounded for investigation.”
The police commissioner called on leaders of Amalgamated Commercial Motorcycle Riders Association of Nigeria to warn their members against any act of lawlessness.
Usman said the command will decisively deal with anyone caught or linked to mob action and any other form of criminality in the state.
“We will not tolerate any act of indiscipline from any person or group of people,” Usman said.