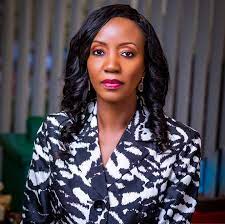 House of member representing Langtang North/Langtang South Federal Constituency of Plateau State, Hon. Beni Lar, has flagged off an empowerment programme for women and youths in her constituency.

Hon Lar said the constituency which is the only one in Northern Nigeria that has produced a female representative for three consecutive times deserves the best from her.

She stated this during the flag off ceremony held in Mabudi, Langtang South, Plateau State at the weekend.

She said, “This is the only constituency in the whole of northern Nigeria that has produced a woman for the third time into the National Assembly. I never knew I would be representing Langtang North and South in the House of Representatives for the third time.

“This constituency deserves the best. I count it as a privilege. My success in this office is your success and that is why I have to listen to the voice of my people.

“I have been elected into the National Assembly to be a voice for the people of this constituency.”

Lar promised that she would continue to push in the Green Chamber towards ensuring that the Langtang North and South constituency functions as expected.

“It has been an interesting journey from 2007 when I was elected by the good people of Langtang North and South and I was made the chairperson House Committee on Women Affiars.

“The issue of women through the gender memoranda was brought forward and I led 40,000 women to the then Justice Uweh Committee to seek and lobby for more 35% gender affirmative action for women..

“We are still lobbying, and by the grace of God, the gender opportunity bill will soon be passed. And through the constitutional amendment that we are hoping to make, women will have 100 seats minimum in the Constitution, added to the 350 already in the Constitution; and that will bring about stronger involvement for women.”

She said the event was for her to listen to the concerns of her constituents.

He pointed that the Lawmaker has been keeping touched with the Constituency anytime opportunity come her way to brief them on her stewardship while in the National Assembly.

“This is the third time she is organizing a constituency briefing. We had the last one just before the COVID-19 pandemic.

“Last year by this time, you shared so many fertilizers to our farmers, aside from the distribution of rice as palliatives to your constituents, and you cap it all with a constituent briefing.

“Your achievements are very visible for everyone to see, feel and touch. You gave raised so many young men. I must commend you for always remembering your people,” Laven stated.