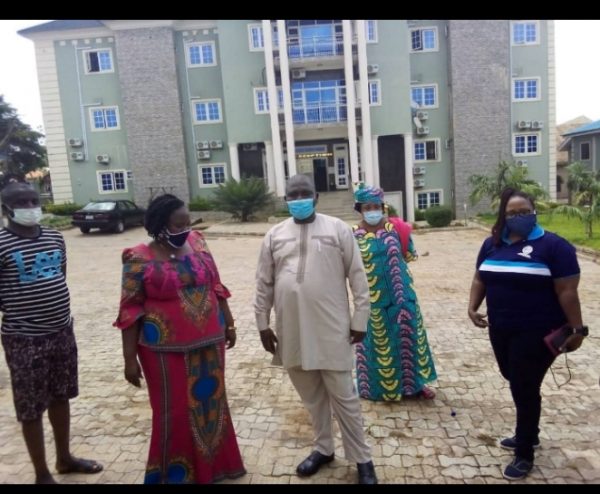 The National Association of Nigerian Nurses and Midwives, Jos University Teaching Hospital chapter has called off its sit-at-home protest for its members working in its isolation centre with effect from May 30.

The News Agency of Nigeria eports that the JUTH chapter of the union had on May 25 ordered its members to embark on a sit-at-home protest for its members working in its isolation centre over what it called negligence of their welfare.

The Chairman of the union, Mercy Lenka, in an interview with NAN said the call-off followed progress in negotiations with the State Government on the provision of accommodation for the nurses working at the centre.

Lenka said provision of accommodation was stipulated in the guidelines of the Nigeria Centre for Disease Control for health personnel working in isolation centres.

She said provision of accommodation was critical even if other negotiations would be done later, adding that the protest was necessary as returning home after work was risking the lives of family members of the health workers.

She said: “Seeing this progress report, at least even if not all our demands are met, we are mindful and determined to help the government to tackle the Coronavirus Disease.

“We decided that we cannot sit at home and say everything should be given for we are human beings and have our profession, humanity and patients at heart.”

The chairman said the state council of NANNM and other critical stakeholders in the health sector had initially rejected an accommodation provided for them, saying the environment was not conducive.

Lenka said: “We want to appreciate the intervention of elders in the health sector especially and the Department of State Services (DSS) for their input to get a good accommodation for our nurses working in JUTH isolation centre.

“We were called this morning to come and inspect the place and we are satisfied with it.

“We have negotiated and arranged everything on their feeding and transportation and those on duty have returned since afternoon.”

According to the NANNM official, it was necessary for a designated vehicle to convey the nurses working at the centre to reduce contacts and exposure of them to other members of the public.

Lenka expressed delight that the safety of members and their families was now guaranteed by the action, saying they were patient on other demands such as hazard allowance and incentives.

She said findings indicated that modalities were being processed for all health workers working in the isolation centres in Plateau for such allowances.

Lenka said arrangements had been made for nurses working at the centre to be tested of COVID-19, adding that it was part of the conditions the union gave before the nurses returned to their duty posts.