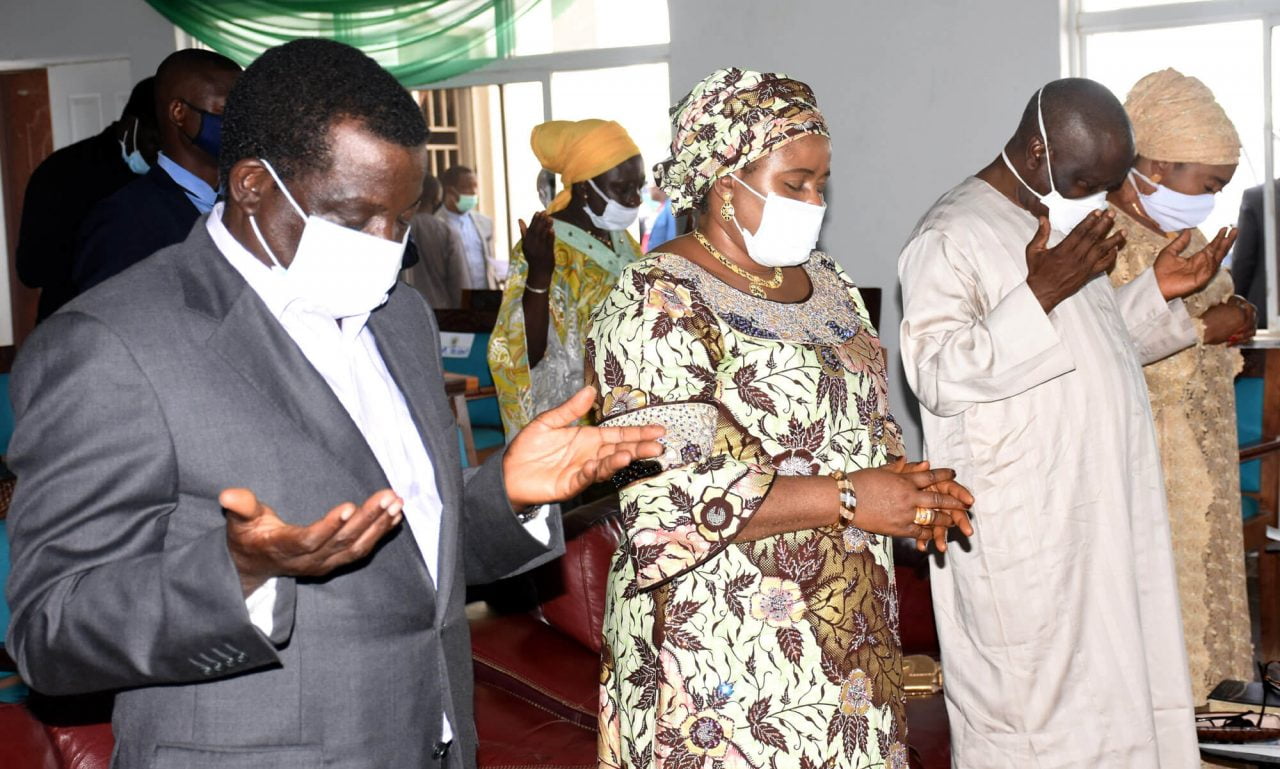 The Plateau State Government on Sunday organised a special thanksgiving service at the Government House Chapel, Jos to mark Nigeria’s Democracy Day in the state.

In his sermon, entitled: “The supremacy of God amidst COVID-19: lessons for Government,” the chaplain of the chapel, Rev. Fr. David Ajang, said there were no coincidences and accidents in God, but lessons could be learnt from situations.

Ajang said the lessons learnt from the pandemic was that God must be worshiped because He is greater than all humans and their abilities, explaining that plans and knowledge could only work through God’s will.

The cleric said the pandemic also exposed attributes of some religious leaders whose inciting comments made communities vulnerable to danger.

He said: “Lessons learned from this pandemic is that there is need for government to rework its methodology to affect the lives of the ordinary man.

“We should reflect on this question on why people find it difficult to believe government.”

Ajang said there was the need for government to strengthen its monitoring and evaluation mechanism to ensure that systems worked and failure of those responsible would attract punitive measures as a deterrent to others.

He advised that alternative ways of handling issues should be explored to reduce the cost of governance and channel resources to other critical sectors, which required prompt attention, such as the health systems.

“COVID-19 has made us realise we can save cost of organising several meetings through using virtual platforms on the internet,” he said.

The cleric said the pandemic also showed the need for the world to embrace unity and humanity, adding that COVID-19, which started in China, affected the world.

In his speech, Governor Simon Lalong appreciated the people of Plateau State for the mandate they gave him to govern the state for five years.

He said his administration was premised on improving the quality of life of its people through its programmes and policies on peace, security, good governance, physical infrastructure and economic rebirth.

Lalong said the thanksgiving service was to appreciate God for restoring peace in Plateau State in spite of its numerous challenges.

He expressed confidence that with more security agencies deployed in the hinterlands, banditry, kidnapping and cultism among other crimes would be addressed.

He said: “We are determined to do our best in providing purposeful leadership that inspires confidence, supports peaceful coexistence, delivers basic services and infrastructure to our people.

“We are determined to as well as leave lasting legacies for generations yet to come.”

The governor appealed to Plateau people to strive for peace and stability above personal, religious and political sentiments.

“We have to build a society that promotes freedom, justice, tolerance and reconciliation,” Lalong added.

He said that Democracy Day, to be celebrated on June 12 from this year, should be a period for reflection, on charting ways and synergy among stakeholders to overcome poverty, religious fanaticism, ethnic bigotry and corruption among others.

According to the governor, such issues are major threats to democracy and national cohesion.

He urged Plateau people to pray for God’s intervention in the ongoing pandemic, while adhering to preventive measures against the disease.

The News Agency of Nigeria reports that intercession prayers were also conducted for the governor, members of the State Executive Council, the legislature and other officials for wisdom in discharging their duties diligently.