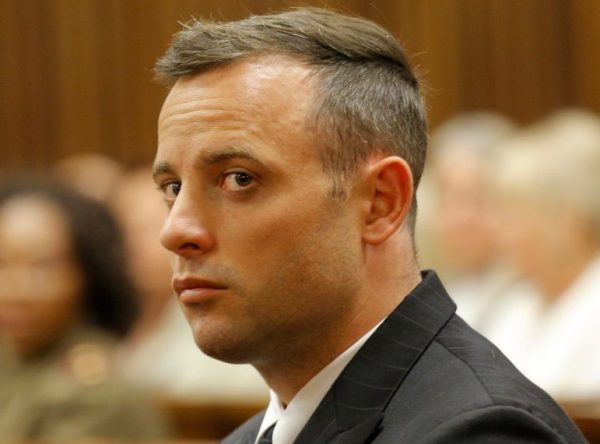 South Africa’s disgraced Paralympic gold medallist Oscar Pistorius has been moved to a jail closer to the parents of Reeva Steenkamp, the girlfriend he murdered in 2013, in preparation for a meeting with them that could secure his release from prison.

The meeting is customary in South Africa and is known as “restorative justice”.

It is seen as an important step before a prisoner can be released on parole.

The six-time Paralympic gold medallist Pistorius has been relocated from a prison in the capital, Pretoria, to one 750 miles away in the port city of Gqebera, previously known as Port Elizabeth, in the Eastern Cape.

That prison is a 15-minute drive away from the home of Barry and June Steenkamp.

Pistorius was put in a prison van with a police escort for the 13-hour trip.

He has been given his own single cell in his new prison for his own safety.

Department of Correctional Services (DSC) spokesperson Singabakho Nxumalo said in a statement: “The transfer is necessitated by the need to commence with the processes of a victim-offender dialogue as the victims are based in Gqeberha.

“Offenders participate in the victim-offender dialogue as part of their rehabilitation path, wherein they are able to acknowledge the harm they have caused to their victims and the society at large.”

The 35-year-old Pistorius has been eligible for parole since July after he was convicted of murder for shooting Steenkamp multiple times through a toilet door at his home in Pretoria.

He claimed he had mistaken the 29-year-old model and law graduate for an intruder but was found guilty of manslaughter and sentenced to five years in prison.

The sentence was increased in 2015 to 13 years and five months after he was found guilty of murder on appeal.

Pistorius may now be released on parole after serving six years in a low-security jail in Pretoria.

As part of the parole process, he penned a letter to Mr and Mrs Steenkamp, which their lawyer described as “like ripping a band-aid off a wound”.

As part of “restorative justice”, offenders have to speak to the victims, or the relatives involved in cases.

They must also give recognition to harm and grief caused.

Department of Correctional Services confirms weekend media reports that Oscar Pistorius has been transferred to a facility in Gqeberha in preparation for a victim-offender dialogue with Reeva Steenkamp’s parents.

The Steenkamps’ lawyer, Tania Koen, told South Africa’s national broadcaster SABC that they “would like to participate in the victim-offender dialogue” now the possibility of Pistorius’ release has come up

“June has always said that she has forgiven Oscar, however that doesn’t mean that he mustn’t pay for what he has done… Barry battles with that a bit, but that is something he will have to voice at the appropriate time,” Koen added.

“The wound, even though so much time has passed, is still very raw.”

Nxumalo added that the process could not be rushed, and that there was no time-frame for when the Steenkamps would meet with Pistorius.

“Victim-offender dialogues are sensitive, emotional and inconsolable; hence they are presided [over] by highly trained officials who ought to ensure that all parties derive value from the process,” he said.

“DCS is unable to pre-empt the time-frame, as this will be guided by the level of preparedness by all participants.”