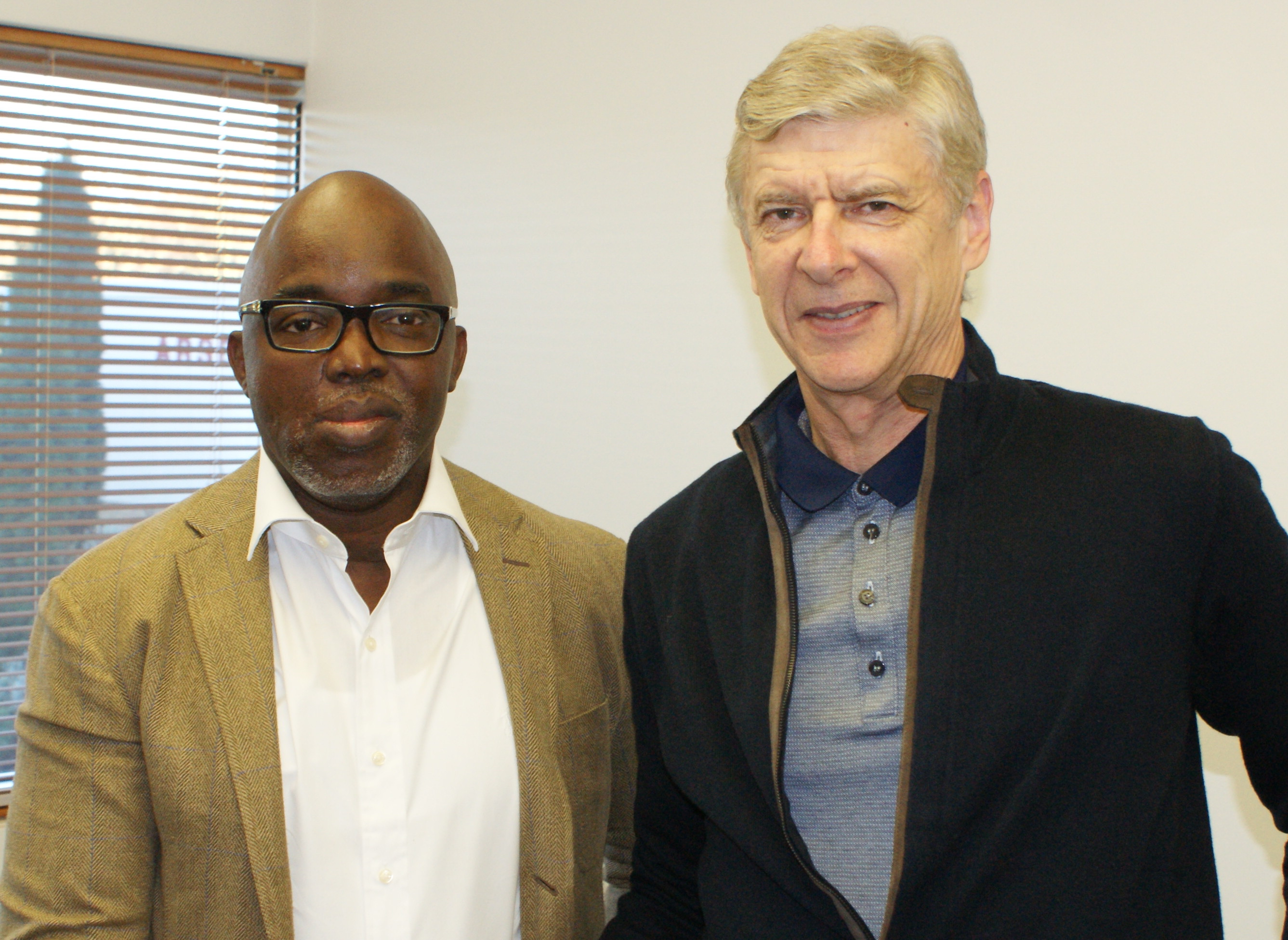 The President of the Nigeria Football Federation, Amaju Pinnick, held what was described as an “extremely positive and encouraging” meeting with manager of English side Arsenal FC, Arsene Wenger.
The legendary manager met with Pinnick in his office at the club’s training ground where a wide range of issues were discussed, including the rising stock of Nigerian-born players at the club – players like Chuba Akpom and Semi Ajayi.
After the meeting, the NFF President, who was accompanied by the new Special Envoy for the Federation on International Affairs, Tunde Adelakun, said: “As we had always known, Arsene is very knowledgeable; vast in his knowledge and appreciation of Nigeria as a footballing country, and widely philosophical in his general approach.”

Pinnick continued by assuring that contrary to what is reported about some clubs in Europe trying to steer their players to play for the countries where they live, Wenger was emphatic on what should be.
He said: “He told me that he has never stopped any player from opting for whichever national team he wants. He said to me that he always tells his players to follow their hearts and not allow people to push them.
“He further assured me that if Nigeria extended a call-up to either or both of his players, he will have no objection if the players say they want to go.”
Pinnick had led the charge to Arsenal to enlist Wenger’s support in “the process of rebuilding the country’s football” and he was not disappointed.
He added: “Arsene told us that he will gladly do what he can to assist where we want; and already started giving encouraging signs towards the capacity building exercises for our coaches at all levels.”
The Delta State-born administrator, who has been a fan of Arsenal for many years, was particularly excited at the prospect of working closely with the team and was upbeat when he said “watch this space” when prodded on what will happen next after the meeting.