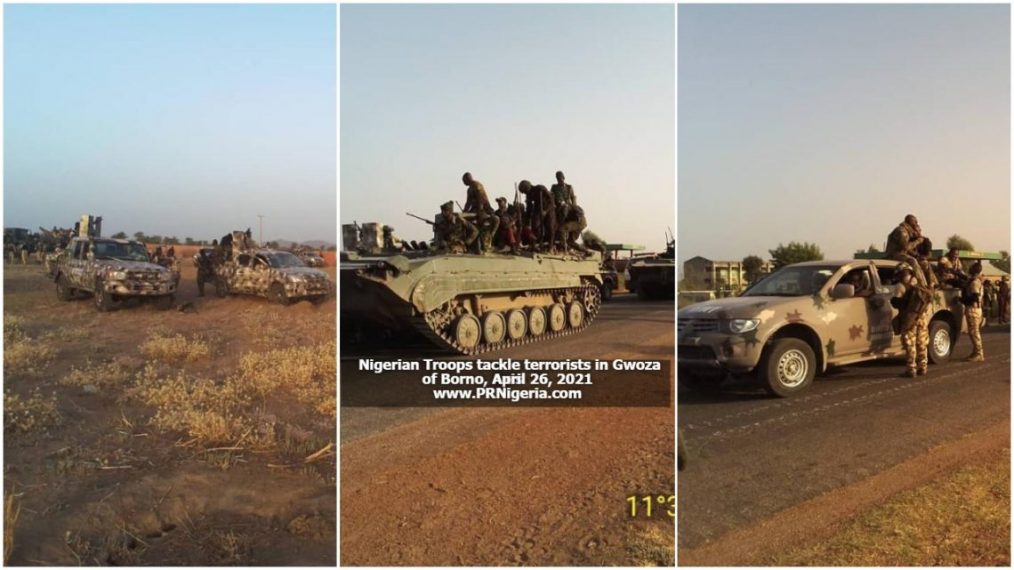 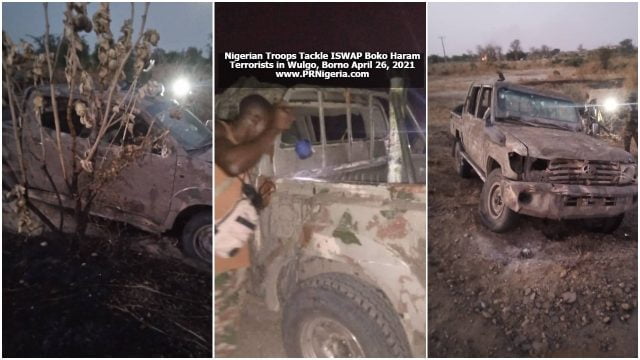 An intelligence source told PRNigeria that the new strategies paid off in operations at Gwoza and Wulgo, where troops repelled attacks and pre-empted attempted strikes.

The source said: “At Wulgo near Gamboru, the Air Task Force was able to destroy two gun trucks of the terrorists, while the ground troops captured three other gun trucks.

“Bodies of the terrorists littered in the areas.

“No casualty on the side of the troops.

“The Gwoza operation was successfully executed after credible intelligence indicated that terrorists were advancing towards Lokodissa-Yamtake, with a mission to infiltrate military facility in axis. 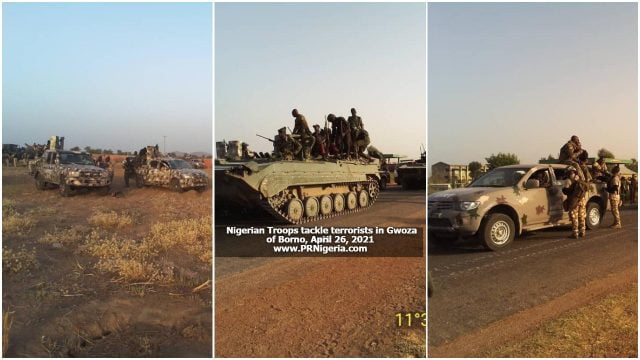 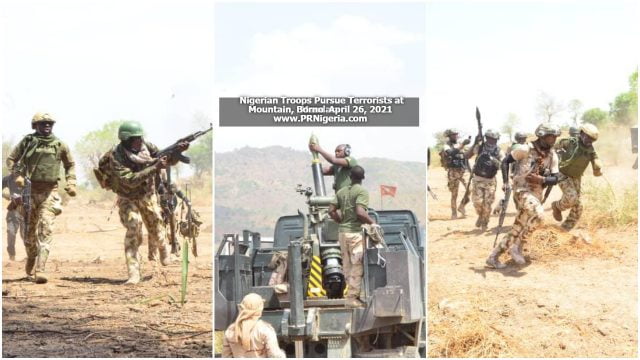 “The strategic ambush was so successfully carried out in this rocky and hilly town that borders Cameroon.”

“During fire fight, the troops pursued terrorists beyond Mango plantation.

The military source added: “With the support of the Multinational Joint Task Force in conjunction with the Civilian JTF, the troops pursued the terrorists who fled uphill.

“Because of the rugged terrain, the military deployed mortar, artillery and Multi Barrel Rocket Launchers in shelling the targets during the operation.”

PRNigeria learnt that the acting General Officer Commanding of the Nigerian Army 7 Division, Brigadier General Abdulwahab Eyitayo, visited some of the military formations and commended the troops for taking swift and decisive actions against the terrorists.