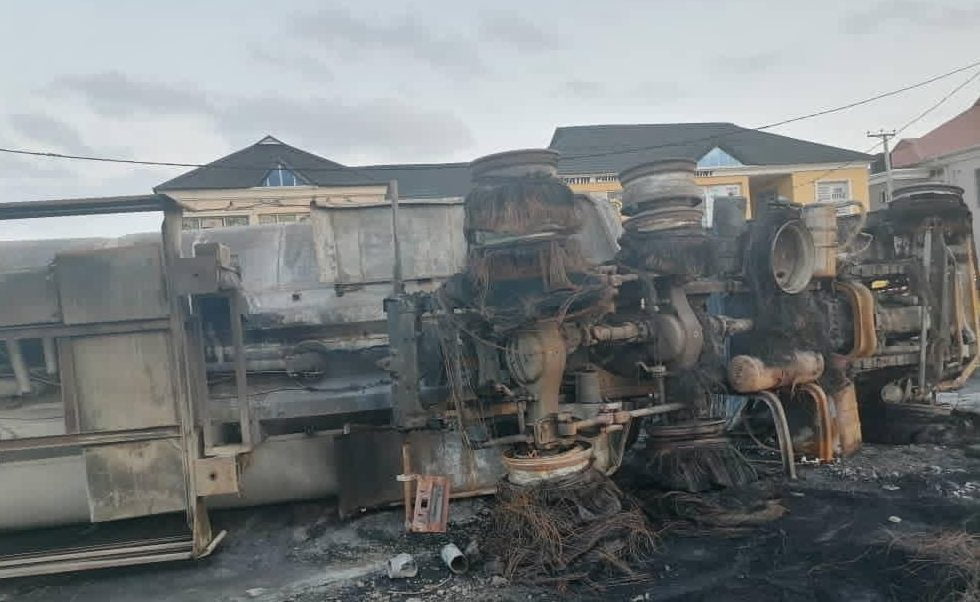 A tanker laden with petrol has exploded around Banire/Ejigbadero bus stop in the Egbeda area of Lagos.

The explosion happened on Monday night after the driver reportedly lost control  of the tanker when the break failed. The tanker was said to have loaded at Abule Ado. 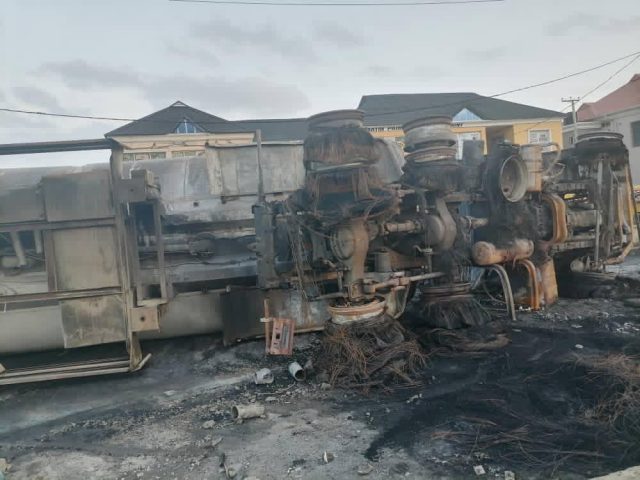 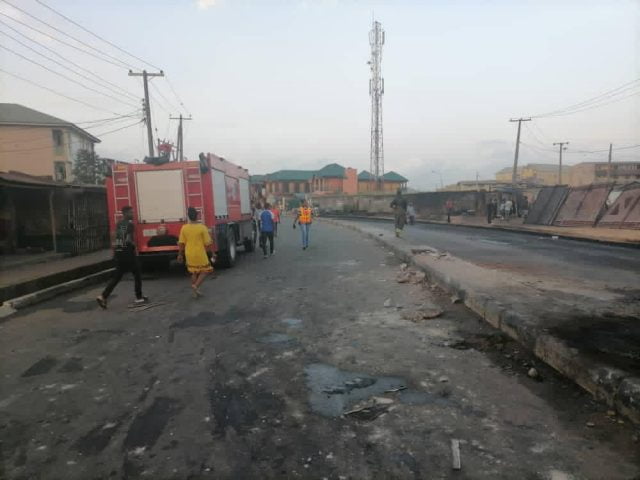 However, no life was lost in the incident.

He said: “At about 0020 the NEMA received distress alert on a tanker fully loaded with about 45,000 litres of PMS exploded immediately after crashing at Banire/Ejigbadero Busstop, Egbeda, Lagos State.

“No live was lost or property destroyed However, the tanker with  no registration number is still half filled with PMS and cross the major highway. 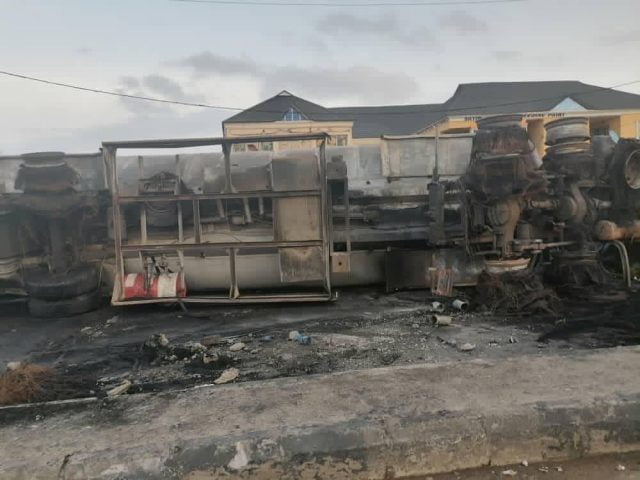 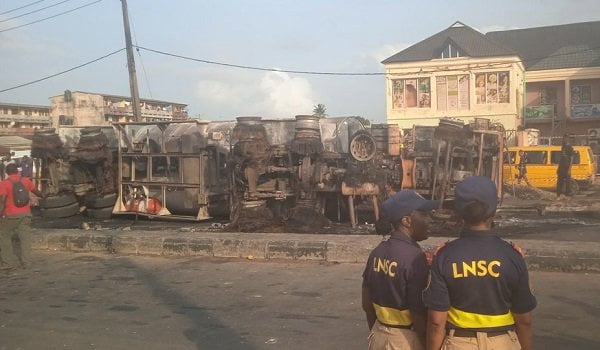 “The  POLICE Disaster Management Unit and Gowon Estate Police Station have apprehended the driver of the truck.”

He explained that efforts were on to de-can and trans-load the content to another tanker before the road can be opened for traffic.

“Agencies at the scene are NEMA, LASEMA Response Unit, Police DMU and the Gowon Estate Division,” he added.