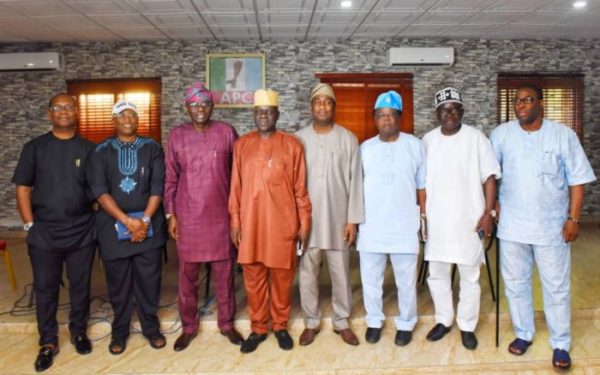 Share
Facebook Twitter LinkedIn Pinterest Email
The Lagos State chapter of the All Progressives Congress on Sunday officially named Dr. Obafemi Hamzat as the running mate of Babajide Sanwoolu, its governorship candidate for the 2019 election.
The Chairman of the party in the state, Alhaji Tunde Balogun. announced the choice at a news conference in Ikeja.
Speculations about the choice of Hamzat, a former Commissioner for Works, became rife after he stepped down for Sanwoolu shortly before the primaries of the APC.
Balogun said Hamzat was selected after wide consultations by the apex decision making body of the party with other important stakeholders.
He described Hamzat as a competent hand, saying the party had no doubt of the complementary role he would play in helping Sanwoolu move the state forward
He said: “The highest decision making body of APC together with all the relevant stakeholders of APC in Lagos State have endorsed Dr. Kadiri Obafemi Hamzat as the running mate to the candidate of APC in Lagos State, Mr. Babajide Sanwo-Olu.
“After the endorsement, it is important for me to publicly and officially present Dr. Kadiri Obafemi Hamzat as the running mate of our candidate, Mr. Babajide Sanwo-Olu, for the 2019 gubernatorial election in Lagos State.”
Sanwo-Olu, commended the choice of Hamzat as his running mate, expressing confidence that the former Commissioner would help realise a better Lagos.
He said he had known Hamzat for years personally and professionally and that he could vouch for his competence and integrity to help deliver a better Lagos.
He said: “Dr Obafemi Kadiri Hamzat and I have been players in the same political matters for many years.
“We have been friends and brothers for close to two decades and he is a man of deep intellectual knowledge.
“He is a man of high level of integrity.
“He is competent and I know he is going to help greatly to deliver the Lagos of our dream.
“With a technocrat like Hamzat, we will take Lagos to the next level.”
In his acceptance speech, Hamzat thanked the party for choosing him and Sanwoolu to fly its flag in the elections.
He said he and Sanwoolu knew what was required to deliver a better Lagos, promising to do his best if the party gets the mandate.
He said: “Lagos is dear to all of us and if Nigeria will be great, Lagos must be great.
“And as such the party decided to look for somebody who has the experience to run the state, in the person of Mr. Sanwoolu.
“We are now a global village and what we do in Lagos affects everywhere in Nigeria and other parts of Africa.
“So, I am very happy.
“I feel very happy and I feel a sense of responsibility that the party after sitting together, has selected me to be his running mate so that we can work together with our experience.
“We have known each other for over 15 years professionally and personally.
“So, we have the chemistry and I dare say that we understand the geography of Lagos.
“Mr. Sanwo-Olu and I understand what it requires to cook what Lagosians desire.
“So, we promise to do our best to deliver the Lagos of our dream.” 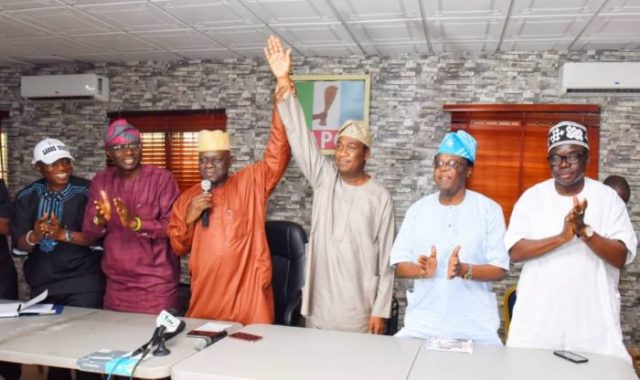 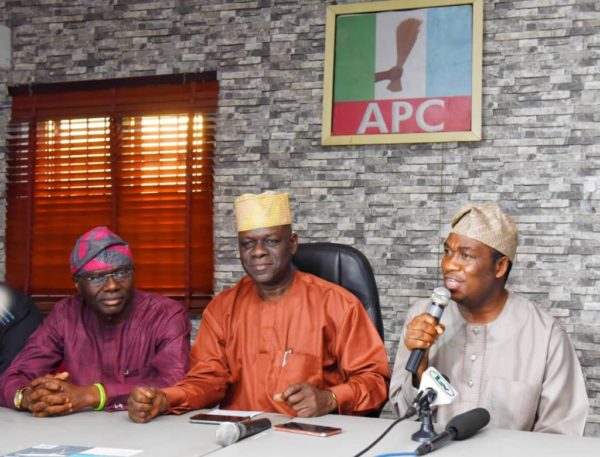