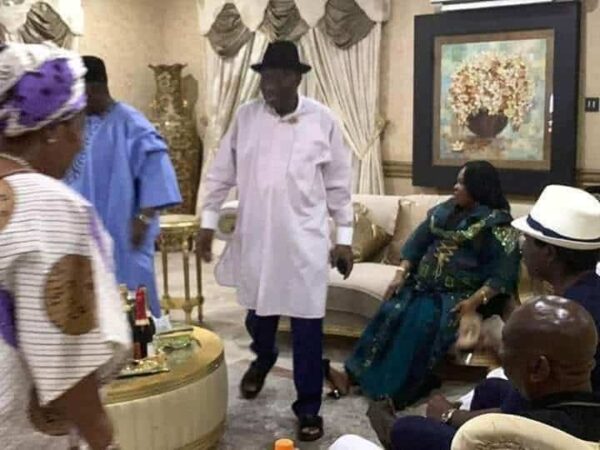 Former President, Dr. Goodluck Jonathan, on Sunday hosted two Governors elected on the platform of the All Progressives Congress at his residence in Otuoke, Bayelsa State.
Jonathan was joined by his wife, Dame Patience, in hosting the governors after the governorship election in the state.
The election was eventually won by the candidate of the APC, David Lyon.
The APC won in Ogbia Local Government Area, homestead of Jonathan, who is a member of the Peoples Democratic Party.
The APC governors who visited were Atiku Bagudu of Kebbi State and Abubakar Badaru of Jigawa State.
Former President Jonathan had refused to publicly endorse the governorship candidate of the PDP, Duoye Diri.