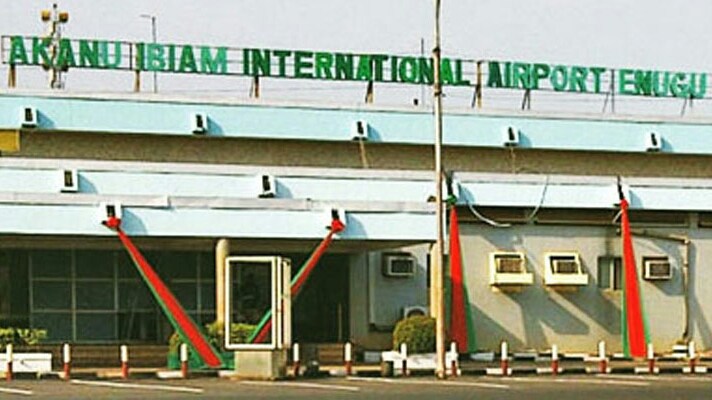 The Economic and Financial Crimes Commission, Enugu Zonal Office on Thursday intercepted $2.8 million from two people suspected to be money launderers at Akanu Ibiam International Airport, Enugu.
The suspects: Ighoh Augustine and Ezekwe Emmanuel, allegedly working for a company: Bankers Warehouse, were nabbed based on intelligence report.
Upon their arrest, they were caught with consignments of two suitcases containing $1.4 million each, totalling $2.8 million, at the departure lounge of the airport, while about to board an Arik Air evening flight to Lagos.
During interrogation, the suspects confessed that they have been in the business of conveying cash for “some notable banks” for over six years and were in the process of doing same for Union Bank Plc, located at New Market, Onitsha, Anambra State, when they were caught.
The suspects further confessed that they had so far carried out such assignments “four times this year”.
They are presently giving useful information to operatives of the Commission and will be charged to court soon, the EFCC said in a statement. 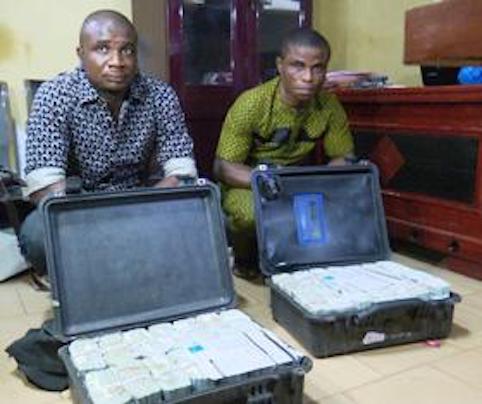