Updated: Photos as Ajimobi is buried

Minister pledges support for development of AI, robotics in Nigeria

The remains of a former Oyo State Governor, Abiola Ajimobi, have been interred at his Oluyole residence in Ibadan according to Islamic rites.

Ajimobi was buried on Sunday at 10:30am in strict adherence to Coronavirus Disease guidelines.

The late Acting National Chairman of the All Progressives Congress was laid to rest privately in the presence of family members and invited clerics.

Ajimobi, aged 70, was confirmed dead at a Lagos-based hospital on Thursday.

The burial rites were performed by Sheikh AbdulGaniy Abubakry, the Chief Imam of Ibadanland, who was supported by a renown Islamic preacher, Sheikh Muyideen Bello, and Alhaji Kunle Sanni, the Chairman, Muslim Community of Oyo State.

Some dignitaries present at the burial included Senator Teslim Folarin; Sunday Dare, Minister of Youth and Sports; and Chief Adebayo Adelabu, the APC governorship candidate in the 2019 general election. 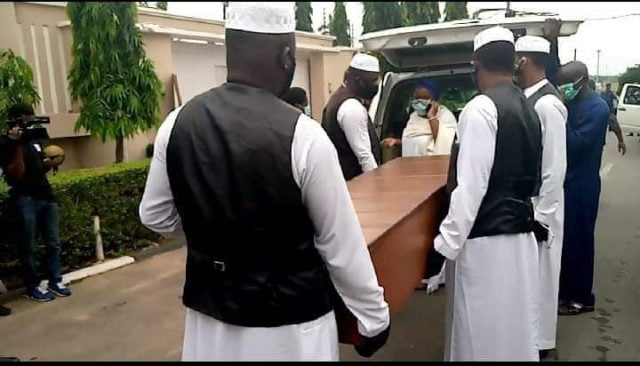 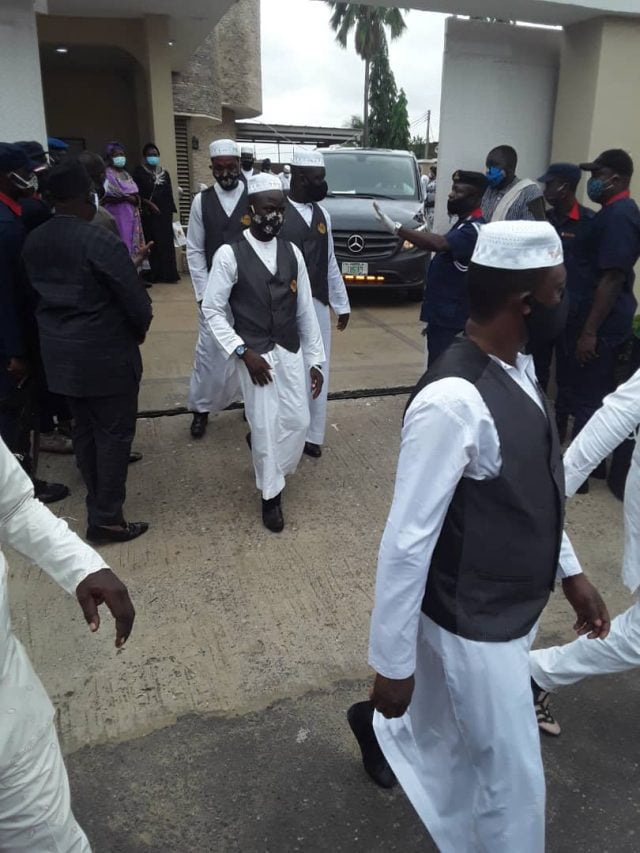 Minister pledges support for development of AI, robotics in Nigeria

Demolition of shanties: National Stadium not a market place — Dare