Peter Obi to Nigerians at Ooni’s Palace: It is nobody’s turn + Video, photos 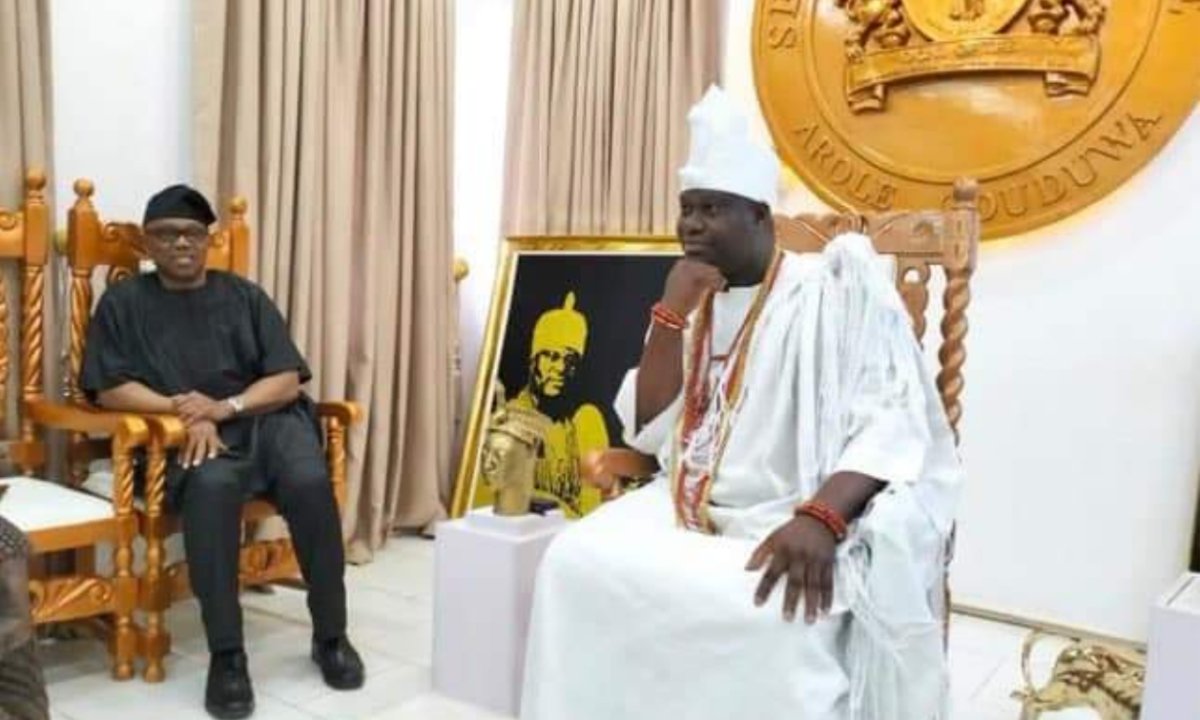 The presidential candidate of the Labour Party, Peter Obi, has said that the 2023 presidency was nobody’s turn.

The former Governor said this at the palace of the Ooni of Ife, Adeyeye Enitan Ogunwusi, during his visit to him on Tuesday.

Obi said no one should have a sense of entitlement to the country’s presidency.

The former two-term Anambra State governor urged Nigerians to resist politicians who are planning to manipulate them, adding that it is the right of Nigerian youths to elect whoever they want to become the nation’s leader in 2023.

He also said they should not vote based on religion, stressing that the bribe politicians give is stolen from the treasure of the nation.

Obi said: “So let’s not listen to the crime.

“It is we the politicians and elite that manipulate you.

“Don’t look at our religion.

“Let nobody tell you that it’s their entitlement.

“It is nobody’s turn.

“It’s the turn of Nigerian youths.

“So, nobody would take anything from them this time.

“Nobody is entitled to it.

“And do take their money.

“It’s your money they are giving you.