PDP to Buhari: Your comments on illegal migrants insensitive 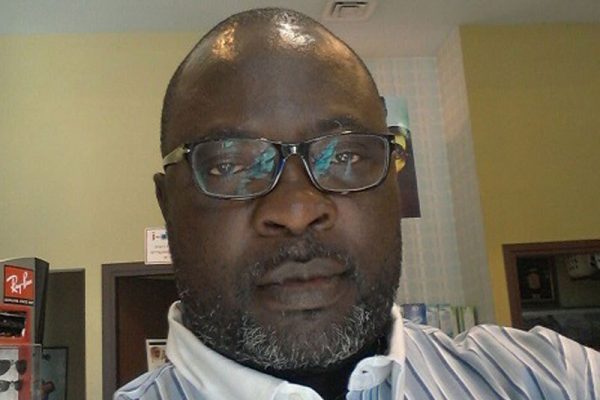 Share
Facebook Twitter LinkedIn Pinterest Email
The Peoples Democratic Party has said President Muhammadu Buhari’s statement to German Chancellor, Angela Merkel, that Nigerians caught up in their attempt to illegally enter Europe are on their own, further exposes him as an insensitive leader, who cares less about the plights of his compatriots.
The party said this in a statement by its National Publicity Secretary, Kola Ologbondiyan, on Saturday.
It said: “While the PDP does not, in any way, support illegal migrations, our party holds that such does not warrant incendiary statement against our citizens by no less a person than the President, who should be seeking for ways to solve the problem.
“The PDP notes that such statements by our President against Nigerians fuel violent attacks and inhuman treatment being meted out against our citizens abroad, including those with legitimate documents and engaged in lawful activities.”
The party said President Buhari has shown that he is not bothered that no fewer than 10,000 Nigerians died in the deserts between January to May 2017 alone, while trying to escape the economic hardship and escalated insecurity occasioned by his misrule.
It said: “Is it not disturbing to Mr President that reports by Nigerian Immigration Services showed that many more Nigerians have been trapped in detention and slave camps in various parts of the world?
“Also, is it not an act of gross leadership failure that, in his outburst against Nigerians, President Buhari admitted that they left in search of ‘greener pastures’, yet he could not articulate any solution to mitigate the suffering his administration has unleashed on our nation in the last three years?
“Mr. President knows he is the cause of the problem, yet he has no words of assurances for suffering Nigerians. Instead, he has continued to worsen the situation with unsavory statements against our nation and her citizens whenever he is before an international audience.
“If President Buhari is not condemning our youths as lazy and lovers of freebies, he is disparaging our women as inconsequential or demarketing our nation to investors as corrupt.
“The PDP further holds that it is the duty of the President, as elected leader of government, to pursue the fundamental human rights of his citizens , as well as find solution to the problems that is pushing Nigerians to adopt illegal migration, irrespective of the huge risks, as option for survival.
“Moreover, if the Buhari administration and the APC had not wrecked our once robust economy, Nigerians would not be seeking for greener pastures in other lands.
“Furthermore, the PDP laments that in another exhibition of incompetence, President Buhari could not articulate any strong response to the economic proposals brought by the German leader, thereby squandering our nations opportunity of benefiting from her visit.
“It has therefore become clearer that there is no way our nation can survive another four years under a leadership such as the Buhari-led APC administration, hence the determination by Nigerians to rally on the platform of the repositioned PDP to throw up a competent President to effectively pilot the affairs of our nation, come 2019.”
Angela Merkel illegal migrants Kola Ologbondiyan Muhammadu Buhari PDP
Share. Facebook Twitter Pinterest LinkedIn Tumblr Telegram Email