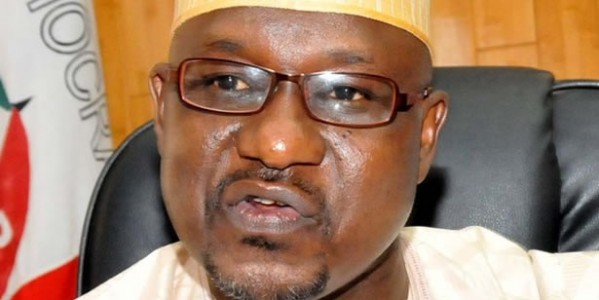 The Peoples Democratic Party in Adamawa State has disowned Ahmed Gulak as the National Chairman of the party.
The party said in a statement on Friday in Yola that its nominee from the state for the position remained Ambassador Wilberforce Juta, a Deputy Governor in defunct Gongola State.
While Juta hails from Maiha Local Government Area of the state, Gulak is from Madagali Local Government Area.
A copy of the statement from the State Working Committee of the party, signed by the state PDP Chairman, Chief Joel Madaki, was made available to the News Agency of Nigeria.
It noted that it was in the best interest of the party that the position of chairman was returned to the North East.
The statement said: “The State Working Committee of PDP Adamawa state chapter after due consultation with party stakeholders in the state and beyond, and having thoroughly deliberated on the issues of the position of National Chairman of the party has resolved as follows:
“That, it is in the best interest of the party in the state that the position of the national chairman of the party returns to Adamawa state.
“That, it is hereby resolved to support the candidature of Ambassador Wilberforce B. Juta, a former Governor of the defunct Gongola state, one of the founding members of PDP, a member of G34, first National Vice Chairman (North East) of the party and currently a member of its Board Trustee for the exalted post of the National Chairman of the PDP.
“That, the party is calling up on all other interested members to patriotically lay down their personal ambition for the heighten interests of the party in Adamawa state.”
The statement commended the efforts of those who stood up in salvaging the party.
NAN recalls that Gulak had declared himself as national chairman of the party on January 26.
NAN.