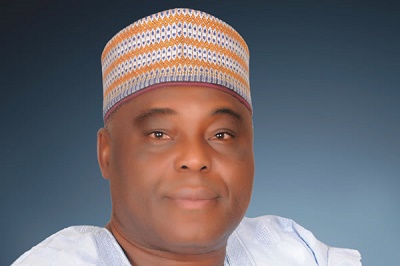 Share
Facebook Twitter LinkedIn Pinterest Email
Ahead of the December 9 convention of the Peoples Democratic Party, media mogul, Raymond Dokpesi, has appealed to Governor Ben Ayade of Cross River State to support him in his bid to become the next national chairman of the party.
Dokpesi paid a courtesy visit to the Governor on Monday in Calabar, assuring him of his resolve to reposition the PDP, if voted as chairman.
The media chief is among others seeking to become national officers of the party at the convention, where new executives would be elected.
He appealed to the governor and delegates from the state to give him their full support to enable him to emerge victorious at the national convention, scheduled to hold in Abuja.
Dokpesi said: “The purpose of my visit is to intimate you, as the leader of our party in Cross River, about my aspiration to serve as the national chairman of our great party, the PDP.
“I am here to seek your support and the support of members of the party in Cross River.
“You need a PDP chairman that shares in your vision and is ready to give necessary support and attract the federal government’s support for Cross River.
“I want to be at the national PDP office, working closely with you to help actualise your vision of developing Cross River.”
Dokpesi, who described the 2015 general elections as a disaster for the party, said it was gladdening that Cross River State remained a PDP State.
He said: “I congratulate you for this feat.
“It is time to look at why we fail and prepare ourselves for 2019.
“We must get our party re-engineered, rebranded, rejuvenated and reconstructed in such a manner that we can get back the presidency.
“In order to achieve this, we need a chairman of the party who is courageous, visionary and has the will and capacity to win the presidential election in 2019.”
Responding, Ayade lauded Dokpesi for using his media platforms, the AIT and Raypower FM, to promote activities of the Cross River State Government.
The governor, who asked God to grant Dokpesi his heart desires, said the aspirant spoke with indication that he was prepared to transform the PDP.
Chief Raymond Dokpesi Cross River State Governor Ben Ayade Peoples democratic Party
Share. Facebook Twitter Pinterest LinkedIn Tumblr Email

CECPC names venue of Ogun APC Congress that will be recognised