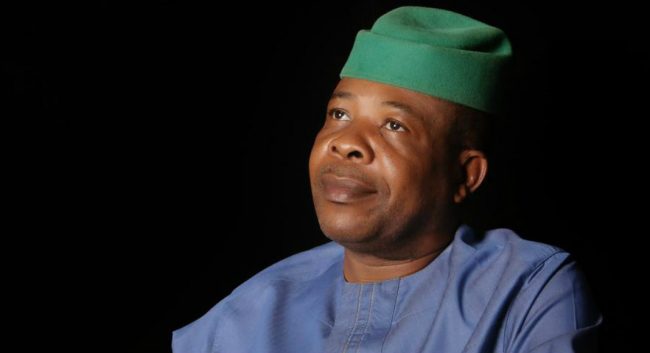 Kingsley Onwubiko, a chieftain of Peoples Democratic Party on Tuesday commended Governor Emeka Ihedioha of Imo for adopting the Treasury Single Account.
Onwubiko disclosed this while speaking with the News Agency of Nigeria in Abuja.
He said the policy would go a long way in reducing corruption as well as stabilising the state’s economy.
He said: “The adoption of Treasury Single Account is one economic policy of the present administration that has attracted huge credit to the government.”
The PDP chieftain said Ihedioha had performed beyond average in a short time, adding that his six weeks in office had been quite beneficial to the state.
According to him, Ihedioha has attracted many federal agencies to the state to improve its infrastructure.
He asserted that the governor had also completed the first phase of Concord/Protea/New Owerri road project.
He said: “Recently, contractors handling the Ibeku Federal Government power plant returned to site as well as that of power plant in Isieke, Ideato South.”
The PDP chieftain explained that in line with the “rebuild Imo agenda”, the governor had paid the N500 million counterpart fund for Ezeamazu/Urualla gully erosion control project.
Ihedioha had recently adopted the TSA in Imo just like the federal government.