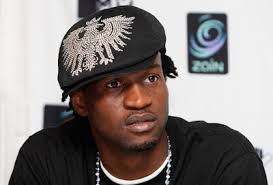 One half of the PSquare music group, Paul Okoye, is seriously preparing for his wedding, which takes place on March 22 in Lagos.
Preparation, we were told, has reached advanced stage in putting together a one in town wedding.
Okoye will finally exchange marital vows with his baby mama, Anita Isama, after several years of courtship.
Okoye and Isama already have a son together.
He is named Andre.
Paul’s wedding is coming barely a couple of months after his half brother, Peter, had his traditional marriage with his beautiful lover of many years, Lola Omotayo, last year in Lagos.