Pastor Oyakhilome told me I will go to prison, come out after six months — Orji Kalu 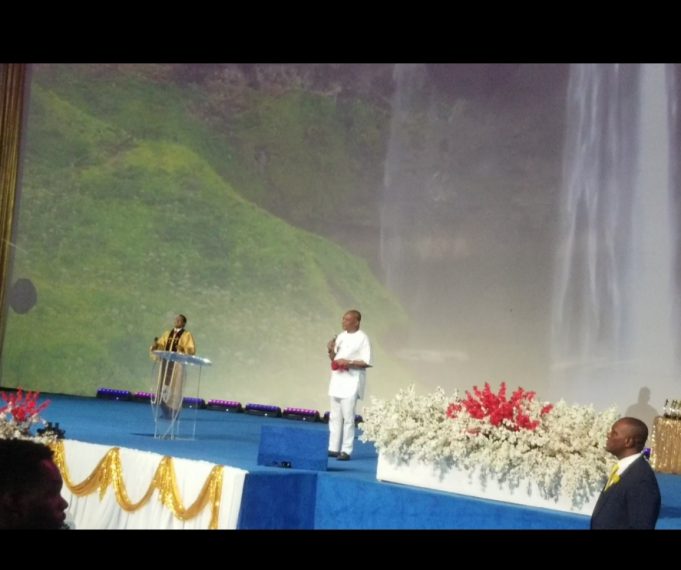 The Senate Chief Whip and former Governor of Abia State, Senator Orji Uzor Kalu, has revealed that the Founder and President of LoveWorld Incorporated, also known as Christ Embassy, Pastor Chris Oyakhilome, told him he would go to prison and be freed after six months

The business mogul made the revelation on Sunday during a thanksgiving service at the headquarters of Christ Embassy Church in Lagos, presided over by Pastor Oyakhilome

Testifying from the pulpit, Kalu said Oyakhilome, popularly called Pastor Chris, told him in October 2019 that no amount of intervention from world leaders would prevent him from going to prison.

He said: “I was traveling to Abuja and Pastor asked me to drop by for a dinner.

“We have been friends for more than 28 years and we are very close.

“When I was about leaving, we prayed together and he told me what I didn’t know how to digest.

“He said I should prepare myself because I was going to be in prison for six months.

“He told me it is something I cannot stop and no amount of intervention from world leaders can stop it.

“He said the expected day of the High Court judgement will be postponed and it all happened as he said.

“He told me I should come closer to God because what He has in store for me after the prison experience is great.

“He made me understand it’s a phase God really wants me to pass through.

“Today I am very grateful for that experience.

“Then, I wished the cup could pass by, but today, I am glad and extremely happy very to God for everything.

“That was not the first time Pastor has given me prophesies and I have always disagreed with him because I don’t believe in prophecies.

“In 2011, he told me I should not contest for Senate election because my mandate would be stolen and won’t be recovered.

“I disobeyed him and it went as he said.

“In 2014, he also told me Muhammadu Buhari would win the 2015 election and it happened.

“There are several cases he gave me prophesies and even though I disagreed with him, it all came to pass.

“So I am here to thank God and to thank Pastor for being the instrument God uses to speak to me.

“If you can remember I wore black for the court judgment that fateful day and I was not worried because I was prepared both in body and in spirit.

“God’s will will always prevail and I give all the Glory to Him.”

Recall that Senator Kalu, who was sentenced to 12 years imprisonment in December 2019 on corruption charges, was released from Kuje Correctional Centre, Abuja in June 2020 after the Federal High Court in Lagos, presided by Justice Muhammed Liman ordered his release in line with the Supreme Court judgment nullifying his trial and conviction.

The Supreme Court had, in May ruled that the trial and judgment delivered by Justice Mohammed Idris against Kalu and two others were null and void since the trial judge had no jurisdiction, having been elevated to the Court of Appeal.