Pastor advises FG to dialogue with bandits to end killings 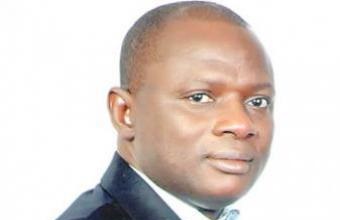 Share
Facebook Twitter LinkedIn Pinterest Email
Pastor Yohanna Buru, President of Peace Revival and Reconciliation Foundation of Nigeria, has urged the Federal Government to open dialogue with bandits terrorising communities in Zamfara and Kaduna States.
Buru made the suggestion on Tuesday in Kaduna at the annual New Year lunch organised by the foundation for journalists in Kaduna State.
According to him, the gesture will help to end needless loss of innocent lives and destabilisation of communities due to recurring attacks.
The pastor, who expressed optimism that 2019 would bring abundant blessings to the country, urged Nigerians to forgive one another and shun all forms of political, ethnic and religious crisis, to ensure peace and stability in the country.
He hailed the military and other security agencies for their gallant efforts to keep Nigeria safe, stressing that all Nigerians must support them to make the country more secure.
Buru cautioned politicians and the Independent National Electoral Commission against any act that would compromise the sanctity of the forthcoming general election.
He urged religious bodies to implore their members to fast and pray for peaceful and transparent election, as well as peace and unity in the country.
Buru commended journalists for their role in shaping the country, and urged them not to relent.
In his comments, the Chairman, Kaduna State Council of the Nigeria Union of Journalists, Adamu Yusuf, thanked the foundation for maintaining close relationship with the union.
Yusuf urged journalists to shun fake news and embrace the ethics of the profession, adding that as election approaches, they should be ready to promote peace and unity among Nigerians.
Also, Chairman of the state Civilian JTF, Alhaji Shehu Dan-Tudu, expressed satisfaction with the commitment of all stakeholders to promote peace and unity in the state.
Dan-Tudu urged journalists to be committed in promoting peace and development of the country.
He also urged Civil Society Organisations and other humanitarian groups to embark on campaigns to promote peace at the grassroots and encourage the people to embrace community policing.
Kaduna State New Year Peace Revival and Reconciliation FOundation of Nigeria Yohanna Buru Zamfara State
Share. Facebook Twitter Pinterest LinkedIn Tumblr Email