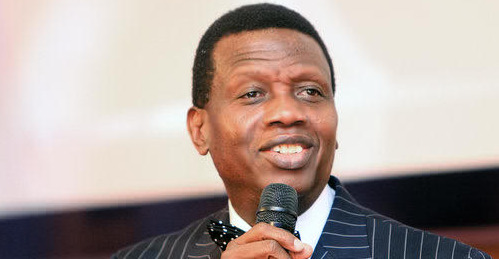 Former Vice President and chieftain of the All Progressives Congress, Atiku Abubakar, has described Pastor Enoch Adeboye of the Redeemed Christian Church of God as a unique example of inspirational leadership whose influence cuts across tribe, class and even religion.
In a statement released at the announcement of Pastor Adeboye’s stepping aside as the General Overseer of the Redeemed Christian Church of God, Nigeria, Abubakar praised the religious leader’s influence on multitudes of Nigerians over the past four decades in his former position.
He said: “Some of the most prominent personalities Nigeria has been blessed with have been those who learnt from the pulpit of Pastor Adeboye. A most recent example is our current Vice President, Professor Yemi Osinbajo.”
The Turakin Adamawa also hailed the several efforts of Pastor Adeboye, which he said clearly went beyond the normal expectations for a preacher, such as his active participation in the war against HIV/AIDS in Nigeria, that saw the General Overseer feature in an anti-AIDS advert that was aired on national television.
In addition, the former Vice President hailed the role that Adeboye has played as a converging figure for other religious leaders in Nigeria, many who openly attended his services or consulted with him despite being of different congregations.
“Pastor Adeboye is the kind of religious leader I pray that we see more of in Nigeria,” Abubakar said, adding: “He is a man beloved, and who loved one and all without discrimination.”