Passover: Bursting through your enemies, by Gabriel Agbo 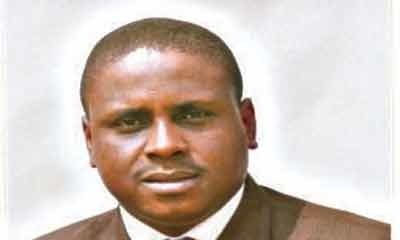 If God does not display his power then our enemies in the category of Pharaoh will not let us be. And Passover night was the best opportunity for him to do so. That day he manifested his sovereignty and ever readiness to deliver his people from their enemies. And also that is why among the readings during this annual celebration is a recitation of the ten plagues, disasters with which the Egyptians were smitten. He personally instructed the Israelites to pass the story to their next generations forever.

He has different ways of dealing with different levels of enemies.  He may choose to promote and empower you above some. He can warn them in dreams and visions or through circumstances. He may afflict them with problems; diseases and sickness that they will never remember to trouble you again.

Some people are in terrible situations today because they refused to leave others, especially the innocent alone. God is permanently against the wicked, the unrighteous and the exploiter. When you dig pits for others or you want to victimise them for no just cause, then also prepare for the divine consequences because it must surely come. God will deal with you without mercy after warning you. He can also eliminate you if that is the only option to stop your evil plans and works. I have personally seen people end this way. When God sent Moses and Aaron to Pharaoh, the proud, wicked, envious and diabolical king of Egypt asked them “Who is that your God that I will let the Israelites go? I don’t know him and I will not let them go anywhere” My God! Imagine that? And not just keeping them, he increased the intensity of their slavery, pain and agony. Are you going through such now?

But this is also exactly what your enemies are asking by their words, actions and determination to deal with you. They don’t believe that anything or anybody can deliver you from their hands. They don’t believe that anybody can call them to order or to account after eliminating or bringing you down. I remember the proud and rude king of Assyria, while deriding Israelites and their God, asking who could deliver them from his hands. He went further to enumerate all the nations and kings he had destroyed to demoralised the Israelites. You remember the great Goliath boasted and humiliated all of the Israelites army for days before God humbled him with the little David and his crude weapon.  And what do you say about the brothers of Joseph who mocked him and boasted that they will kill him and see what will become of his dreams. My God! Listen, it is normal for the enemies to not just mock you and your vision, but also deride your God and what you represent. They did it to others. But they are not God, they are men. Are you hearing me? I said that your enemies, your mockers, your betrayers are not God. The bible said that the “Egyptians are not God, they are men” No matter how determined and formidable they may look or sound, they are still men – human, limited, fallible and flesh. It is only God that has the final say in that matter and not your enemies.

God was patient with the king of Egypt and his men in all their ignorance, pride, challenge and provocations. He kept warning and displaying his power to change their decisions but they refused. He afflicted them with plagues of water turning to blood, frogs, lice, flies, livestock pestilence, boils, hail, locusts, darkness and the killing of their firstborn. The punishment was breaking, vexatious and total. It was economical, physical and as well as spiritual. The locust, pestilence, hail, wild beast were economical. The Frogs, lice, skin diseases, were physical and against their health. The blood and darkness was spiritual because they worshiped the Nile, the crocodiles, the fish and other creatures and spirits in the water. They also worshiped the Sun. Remember he said that he would smite the Egyptians and their gods. The death of all the firstborn of man and beasts in Egypt was against their pride and strength and was the last straw that broke the Carmel’s back. God will force your enemies to let you go. Now, the Passover ordinance is permanent, forever and for all generations. What God did then he is also going to do for you now. You are being delivered from slavery, from pain, sorrow, poverty, diseases, sin, demonic oppression, confusion, failure, satanic covenants and attacks, oppression, and shame in the mighty name of Jesus!  Listen to him, “Remember, these instructions are a permanent law that you and your descendants must observe forever. When you enter the land the LORD has promised to give you, you will continue to observe this ceremony. Then your children will ask, ‘What does this ceremony mean?’ And you will reply, ‘It is the Passover sacrifice to the LORD, for he passed over the houses of the Israelites in Egypt.” Exodus 12:24-27. We will continue. Share this message with others. Chag Sameach! Happy celebrations!

Rev. Agbo is the author of the books/audiobooks: Power of Midnight Prayer, Receive Your Healing, Breaking Generational Curses: Claiming Your Freedom, Never Again!, I Shall Not Die, Move Forward, Power of Sacrifice and many others. Tel: +2348037113283. E-mail: [email protected]. Website: www.authorsden.com/pastorgabrielnagbo. Twitter: pastorgabagbo.