Many passengers were thrown in panic and fled for their lives as fire erupted at Sam Mbakwe international cargo airport in Owerri, Imo State on Monday.
It was gathered that the fire began at the arrival section of the airport, but the cause of the inferno is still unknown.
A source revealed that there was an ongoing renovation at the arrival section, which was affected.
It was also gathered that the fire which began around 2:10pm, lasted for 50 minutes.
The source said: “It happened at the arrival department of the airport where the authority was carrying out renovation work.
“It would have caused bigger havoc but for the arrival of men of the fire service.
“It started around 2:10pm and raged for 50 minutes.
“It damaged equipment and infrastructure, but the rescue workers assisted in salvaging the situation.”
It took the combined effort of men of the fire service and the airport workers to quench the fire.
The Police spokesperson in the state, Orlando Ikeokwu, when contacted, declined comment, stressing that he was yet to be briefed. 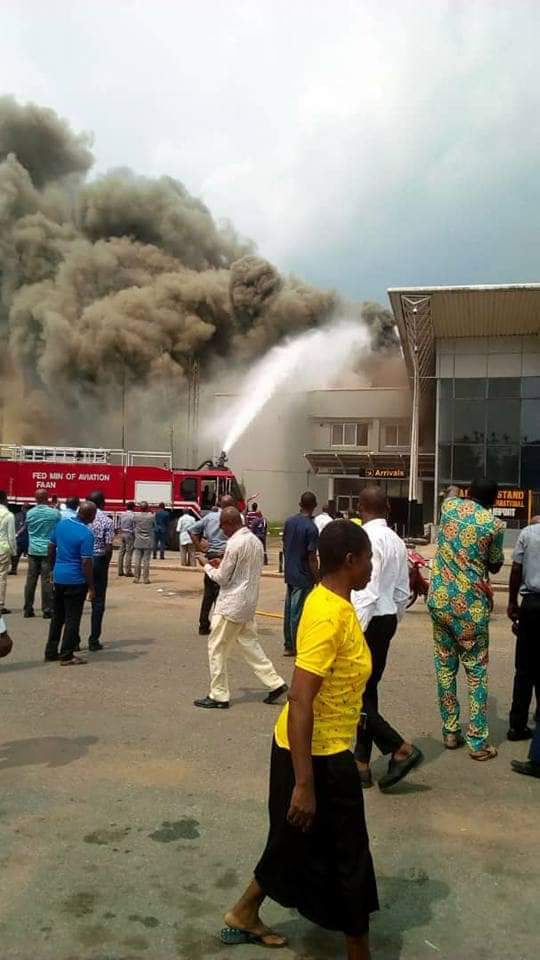