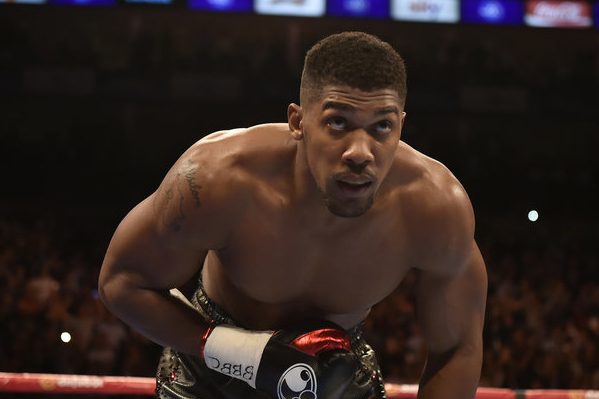 Share
Facebook Twitter LinkedIn Pinterest Email
Joseph Parker has insisted that he is the perfect contender to halt Anthony Joshua as he targets a unification bout with the undefeated WBA and IBF champion.
The 25-year-old defended his own world heavyweight title on Saturday night with a points win over Hughie Fury at a quarter-full Manchester Arena.
Parker now intends to challenge Joshua further down the line after overcoming Fury, with British boxers David Haye, Tony Bellew and Dillian Whyte all potential challengers before then.
“I feel I have better movement [than Joshua],” he said after the fight. “He’s got good power and is a good champion, but if I fight him I can bring out the weaknesses.”
Promoter David Higgins added: “[Joshua] wants to unify and so do we.”
Parker is expected to face the winner of December’s yet-to-be-confirmed rematch between Bellew and Haye, while Joshua has a title fight with Kubrat Pulev in October to prepare for.
Anthony Joshua david haye Dillian Whyte Joseph Parker Tony Bellew
Share. Facebook Twitter Pinterest LinkedIn Tumblr Telegram Email