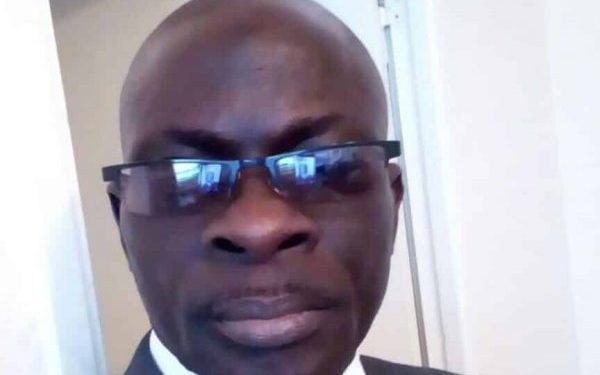 The National Identification Number, which is designed to check our identity and tie all our records in one giant database is running into controversy. This demographic exercise that captures all our physical make up like fingerprint on 10 fingers, head to shoulder facial picture and digital signature are uniquely generated, and once the 11 digit number is assigned to an individual, it becomes your lifetime digital footprint. It stays with you beyond the grave. The magic NIN number is so precious like a Hatton Garden diamond we are advised to guard it with our muscle and never divulge it to anybody except interested authorities.

The NIN is mandatory for all Nigerians and eligibility is a dash to the enrolment centre where all your bio data is captured through a series of clicks on the computer mouse. Once your data is collected, you are given a transaction slip and depending on where in the universe is done, you are either given a NIN slip indicating enrolment, or you submit your phone number and email address for further communication.

The purpose or agenda of the NIN is multilayered. In a world of reducibility where innovators are racing to package our lives in bytes through our phones, NIN is designed to do that, and more.

The idea of NIN is to allow citizens obtain national e-ID card, travel (using international passport), bank account opening, getting driver’s license, obtaining permanent voter’s card, registering for the National Health Insurance Scheme, payment of taxes, contributory pension scheme, access to welfare schemes, transactions with social security implications, land transactions under Land Use Act and any other transactions as may be ordered and list in Federal Government Gazette. This one shop harmonisation of citizen data is quite encouraging and laudable. Whether it will live to its billing, time will tell.

Abike Dabiri-Erewa, Chairwoman/CEO of Nigerians In Diaspora Commission, is media savvy, proactive and quite enthusiastic about the welfare of her citizens abroad. She puts the figure of sojourning Nigerians abroad at a galactic 20 million.
Dabiri-Erewa is known for her touchy-feely relationship with Nigerians and has learned to cope with all our arrogance, rebellion and anger against the inanities back home. In 2019, she was at the forefront agitating for the amendment of the Electoral Law to enable us vote in Nigeria’s general election. She recognizes that we are contributing enormously to the development of Nigeria, including its helpless and forgotten people. Yearly we contribute, via digital transfer, over $25 billion to the Nigerian economy.

Armed with this assurance, I visited a registration centre called VFS Global located at 66, Wilson Street, London. I was given a ticket and advised to return at 2:30pm. Once ushered in, I saw many Asian/Indian faces across the huge building. I sat in an interview cubicle, and there, the digital bio metric data capture was done. Then the jaw dropping cost of the whole civic exercise came to £40. In exchange rate, that is a staggering N26,000 to complete the process.

Reluctantly, I made the payment. I came out burning with palpable anger against both the Minister of Communication and Digital Economy, Dr. Isa Pantami and the fallacious impression of the cost of the exercise never imagined by Dabiri-Erewa. One very huge disparity here is this. On the queue outside VFS, majority of us are Southern Nigerians. No Northerner among us. Of the 20 million Nigerians in the diaspora, I can hazard a guess that Northern Nigerians are probably less than 500,000.

It is abuse of tribal demography to burden Southern Nigerians abroad to collectively pay N52 billion to get National Identity Number that is free in Nigeria for everybody. The Nigerian Government has become an extortionist institution dedicated to extracting revenues through its citizens abroad.

The cost of renewing an expired Nigerian passport is the highest in the world. Our embassies abroad are places of sorrow, tears and pain. This policy of extracting rent from diaspora Nigerians is becoming a shameful, scandalous and tribally-driven enterprise. Southerners abroad have to remit money home to develop Nigeria, yet we receive no free service from our government in the diaspora. Our contribution towards the welfare and betterment of relations and friends are huge, yet we have an insensitive communication minister who probably think that money is not an issue with the diaspora Nigerians.

Greed and the myth surrounding how easy it is to make money abroad has made our government over reliant on the remittances from diaspora Nigerians. The Naira4Dollar scheme that pays N5 for every $1 sent by Nigerians abroad is a case in point. This is a policy of tribal exploitation. Southern Nigerians who work abroad are now the proverbial monkeys while Northerners who hardly work abroad sit as baboons and squander the proceed on their own corruptible fancies.