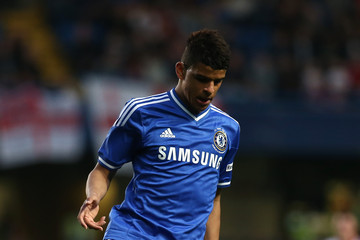 Crystal Palace manager Roy Hodgson believes Dominic Solanke has the right profile to succeed at Selhurst Park if a loan deal with Liverpool can be finalised.
Hodgson was asked about a move for Solanke, who is yet to feature for the Premier League leaders this season, after his Eagles again failed to score at home in their 1-0 defeat by Chelsea.
Earlier on Sunday, Palace chairman Steve Parish had revealed Palace were hopeful of bringing Solanke to the club as they look to solve their troubles in front of goal, a move widely predicted in the national press over the last week.
Parish said: “We’re trying. These things are never straightforward, are they? We’re really trying to get someone in early. If we can it will make a big difference and lift everybody. For once, the papers are not miles off.”
After the Chelsea game, pressed on a potential Solanke move, Hodgson said: “If you want chapter and verse on the deal, Steve and Dougie (Freedman) have all the details.
“If Steve has mentioned that, it’s obviously not a secret that’s he’s a target and someone we’d like to have. What would he do for us? He’d provide the attacking threat a good centre-forward should provide and he’s a proven goalscorer through the age groups with Chelsea and England.
“If he comes here, it will be a great opportunity to show he can transfer that to Premier League football because we have someone who is the profile we are looking for and who I think has the ability we are looking for.”
Solanke played 27 times for Liverpool in 2017/18, his first season with the club, and he scored his first Premier League goal on the final day of the season in a 4-0 win over Brighton.