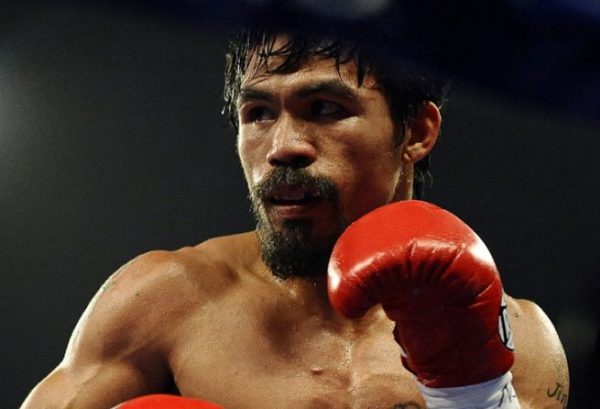 Share
Facebook Twitter LinkedIn Pinterest Email
In the latest twist of one of boxing’s longest-running sagas, Manny Pacquiao says he wants another crack at Floyd Mayweather before he quits the ring.
Although Mayweather has already hung up his gloves, with a 49-0 unbeaten record that includes a win over Pacquiao in Las Vegas in May, this hasn’t stopped his Filipino rival of dreaming of a rematch of the most lucrative bout in boxing history.
The 36-year-old is hoping for one more fight before he ends his distinguished career, having been a champion in eight weight divisions, and he insisted that Mayweather could be his opponent.
“It’s possible — very much,” he told CNN World Sport at a charity event in Abu Dhabi on Saturday. “I would love to have a rematch if he wants it.”
Pacquiao’s trainer, Freddie Roach, suggested this week there may be a repeat of May’s long-awaited mega-millions encounter, but Mayweather has made it clear on several occasions that he has finished with boxing, and has no intention of beating Rocky Marciano’s record.
“Of course we hear from him many times that he has retired. It’s not new for him,” Pacquiao said of the American.
He was dogged by a shoulder problem when he took on Mayweather in Las Vegas, where he lost unanimously on points to give him a career record of 57 wins, six defeats and two draws.
Pacquiao said he hoped to announce his next opponent “late next month”.
Manny Pacquiao mayweather
Share. Facebook Twitter Pinterest LinkedIn Tumblr Email