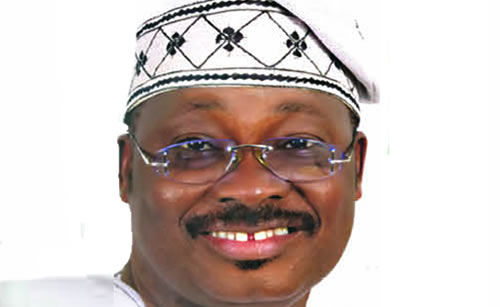 The non-payment of workers salaries as well as entitlement of pensioners is causing disquiet in Oyo State, the News Agency of Nigeria reports.
Investigations by NAN revealed that the state government is owing its workers a minimum of two months salaries.
Ademola Ayoade, the Chairman of the Judiciary Staff Union of Nigeria, Oyo State branch, told NAN that the state government was owing judiciary workers.
Ayoade said the last time judiciary workers in the state received salaries was in November 2014.
The development, NAN learnt, had also affected Magistrate and High Court judges in the state.
A staff of the Ministry of Works, Funke Ajibade, said that the state government was owing January and February salaries.
Another worker at the secretariat of Oyo East Local Government Council said they were being owed January and February salaries.
NAN investigation also revealed that the state government equally owes pensioners two months pension allowances.
Worried by the accumulated pension allowances, the National Association of Retired Primary School Teachers, Oyo State chapter staged a protest on Thursday in Ibadan.
Its Chairman, Remi Babatunde, told newsmen that the state government was owing members 23 months pension arrears, totaling N23 billion.
Two pensioners, NAN reports, slumped during the peaceful protest and were rushed to a nearby hospital in the metropolis.
Also being owed are lecturers of the state-owned College of Education; The Polytechnic, Ibadan; and Ladoke Akintola University of Technology, Ogbomoso.
A serving judge said the state government only paid his November salary in February, lamenting that it was a bleak Christmas and New Year for workers in the state.
He said the non-payment of salaries in the state had equally affected payment of school fees as well as house rents.
Alhaji Tajudeen Salaudeen, the proprietor of the Ibadan-based TAAS Group of Schools, said that non-payment of salaries in the state had affected the smooth running of his schools.
Salaudeen said many parents were owing school fees, adding that this was affecting the smooth operation of the institution.
Also reacting to the development, many of the political parties in the state accused the state government of not paying attention to workers’ welfare.
The Publicity Secretary of Accord party, Dr. Nureni Adeniran, said that the non-payment of salaries to workers was due to the inability of the All Progressives Congress-led government in the state to manage the state’s resources.
“There is supposed to be some money in a stabilisation account in case of emergencies, but there is no money because they have embezzled it all,” Adeniran said.
Also reacting to the development, Dr. Kola Balogun, the Director-General of the Akala/Alli Campaign Organisation, accused the state government of deceiving the public that salaries had been paid.
Balogun said: “The governor told the people that he didn’t owe workers any salary and recently his Commissioner of Finance said during an interview on Splash FM that the state was owing due to falling oil price.
“The funny thing was that I received several text messages from some workers in the state that they are being owed up to three months salary.
“I wonder who is lying to the public between the governor and his aide.”
When contacted on the unpaid salaries, Dr. Bashir Olanrewaju, the Chairman of the Nigeria Labour Congress in the state, declined comment.
Olanrewaju said: “I have no comment on the matter, please.”
But absolving the state government, Wale Sadeeq, the Special Assistant to Governor Abiola Ajimobi on Media, attributed the delay in payment of salaries to the dwindling allocation from the Federation Account.
Sadeeq told NAN in a telephone interview that the government had concluded arrangements to pay January salaries.
He said the last allocation the state got from the Federation Account was N2.6 billion as against the N5.9 billion needed to pay workers’ salaries.
He said the state government had been trying hard to pay workers’s salaries despite the scarce resources available to it.
The state government also said the protest by a “splinter group of pensioners” in the state was uncalled for as the governor had held several meetings with them on the state’s finances.
It attributed the non payment of pensioners monthly dues to the alleged theft of N6.5 billion of pension funds by some government officials during former Governor Adebayo Alao-Akala’s administration.
The governor’s Special Adviser on Media, Dr. Festus Adedayo, stated that government had entered into an agreement with the parent bodies of the pensioners on the modalities for the settlement of pension arrears and gratuity.
Adedayo, who listed the associations as the Nigeria Union of Pensioners and NARPST, said it was resolved that pension arrears and gratuity would be paid in arrears.
The statement added that the government had indeed started to pay the arrears to retired primary school teachers.
The statement said: “Before this administration came on board, past governments had pointedly told the pensioners that no government would implement the arrears.
“Government said it implored this splinter group of pensioners to exercise patience and align with their parent bodies on the pending agreement.
“They should also appreciate the financial burden foisted on the country in general by the dwindling revenue allocation from the Federation Account, which has brought about the unfortunate situation.”
Zachaeus Adedeji, the Oyo State Commissioner for Finance, however, accused opposition politicians in the state of politicising the issues of workers’ salaries and the pension payment.
Adedeji said their aim was to discredit the Ajimobi administration ahead of the forthcoming general elections.
The commissioner attributed the inability of the state government to pay January and February salaries to the 28 per cent reduction in allocation from the Federation Account.
Adedeji also said the Federation Account Allocation Committee meeting was not held until February 25.
He also affirmed that several meetings had been held by the government with the state branch of NARPST where it was jointly agreed that pensions would be paid in instalments.
Adedeji said the first tranche of N100 million had already been paid while the second tranche would soon be released by government.