Police in Oyo launch manhunt for abductors of hotelier, others

Operatives attached to the Oyo State Police Command’s Monitoring Unit on Sunday intercepted a suspected gun runner while on aggressive “stop and search” duty at Bakari, a border village between Oyo and Ogun States.

According to a statement by the command’s public relations officer, DSP Adewale Osifeso, the suspect spotted the officers from afar and attempted to flee on his Bajaj motorcycle. 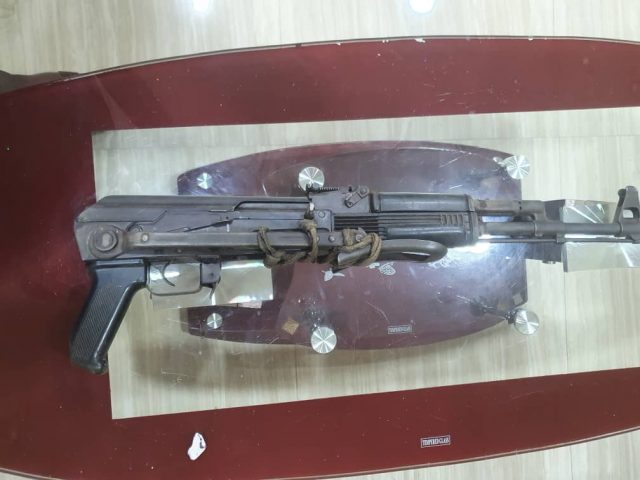 He was chased through pathways leading into a nearby forest.

In the process, a sack fell off his motorcycle, which contained an AK-47 rifle with breech number 353913.

Osifeso said comprehensive investigations are ongoing not only to apprehend the suspect but to also bust his criminal network and supply chain.

The Commissioner of Police, Ngozi Onadeko, has, therefore, called on residents of the state to partner with the police in terms of sharing credible and timely information valuable in curbing criminality.

Police in Oyo launch manhunt for abductors of hotelier, others