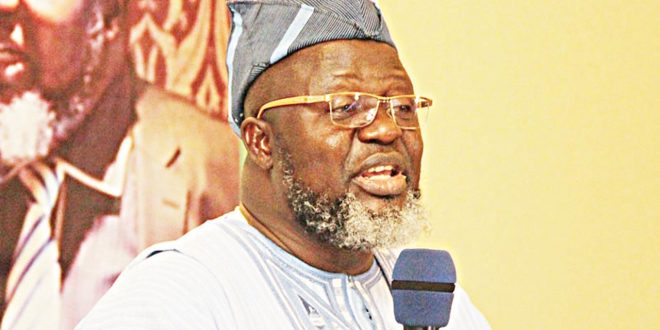 The Supreme Court on Thursday dismissed a suit filed by Adebayo Shittu, former Minister of Communications, against his party, the All Progressives Congress challenging the exclusion of his name from the list of gubernatorial aspirants in the 2019 general elections.
In the Judgment, the Supreme Court five-man panel of Justices lead by Justice John Okoro, dismissed the for being statute barred.
Okoro said: “This appeal is dismissed haven been withdrawn by the appellant and no objection and there is no order as at cost.’’
The Oyo State chapter of the ruling party prevented Shittu from participating in its primary election because he skipped the mandatory one-year NYSC after his graduation from the Obafemi Awolowo University in 1978.
The minister, a member of the APC, had sued the party, seeking redress for allegedly being denied participation in the governorship primary election in Oyo State.
He claimed that APC’s national leadership omitted his name in the list of its governorship aspirants for the primaries in Oyo State because he did not participate in the National Youth Service Corps scheme.
His Counsel, had, among other things, urged the court to determine whether the ground for disqualifying his client was lawful or a contravention of the constitution.
He argued that the Constitution of the Federal Republic of Nigeria required anyone seeking to be a state governor to possess a maximum of Senior Secondary School Certificate and not necessarily an NYSC certificate.
Adebayo Ojo, the defence counsel, in his opposition to the plaintiff’s prayer, said that the matter was already a dead issue, and therefore, academic.
NAN reports that Shittu appealed a Federal High Court on April 12, struck out the suit on grounds that Shittu filed the case after the expiration of the 14 days stipulated by the law.
He argued that the APC constitution prescribes that aggrieved members must fully explore all internal crisis resolution mechanism before going to court which accounted for why he could not challenge the party’s decision in court within the stipulated time.