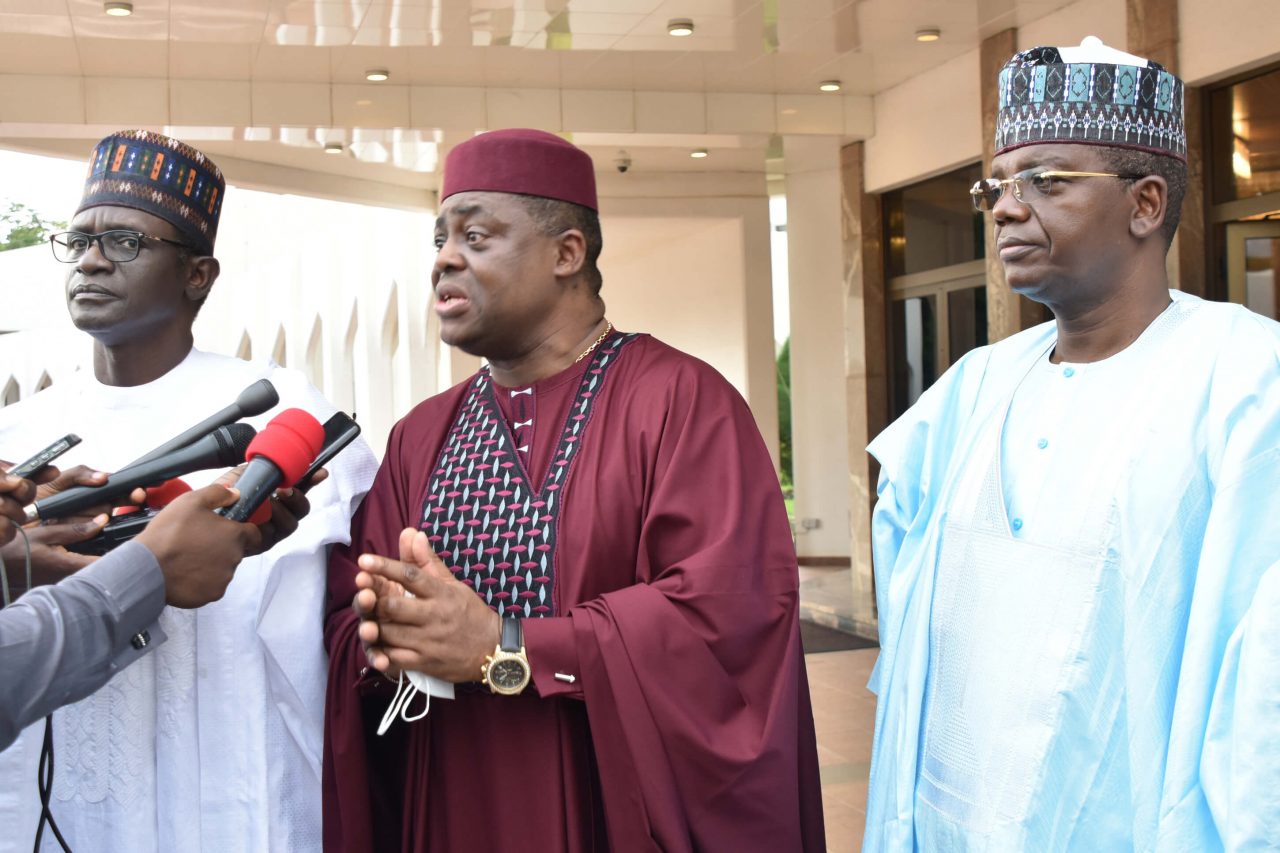 A former Minister of Aviation, Femi Fani-Kayode, on Thursday said there was a likelihood of the Governors of Oyo, Enugu and Bauchi States: Seyi Malinde, Ifeanyi Ugwuanyi and Bala Mohammed, dumping the Peoples Democratic Party and joining him in the All Progressives Congress.

Fani-Kayode said this on Thursday moments after he was received into the APC by President Muhammadu Buhari.

The former Minister, who was presented to Buhari by the Chairman, Caretaker/Extraordinary National Convention Planning Committee of the APC, Governor Mai Mala Buni, and the Zamfara State Governor, Bello Matawalle, at the Presidential Villa, told State House Correspondents: “There are many people.

“If you ask my friend and brother, Governor Matawalle here, there are many people within the PDP who do want to come over to the APC.

“I can tell you that.

“I was there and very instrumental when Governor (David) Umahi joined the APC.

“I was there and very instrumental when Governor (Ben) Ayade did the same thing.

“I was there and very instrumental when my friend and brother governor of Zamfara, Governor Matawale, did the same thing.

“Now, if you don’t mind me mentioning names, somebody like the Governor of Enugu State, the Governor of Oyo State, and of course, my good friend, the Governor of Bauchi State, great friends of mine, and I sincerely hope that they too may end up coming in this direction.

“But whether they do or not, the most important thing is that we work together as a people, as a country, and move our country together and fight and kill the terrorists and put to shame the foreign elements and I emphasise that word, foreign elements, that want us to end up fighting one another in this country and turning our country into a massive refugee camp.

“I don’t want to hurt anybody’s feelings, but I’ve made a choice.

“I believe I’ve been led by the Spirit of God and I will fight for what I believe is right within this party as I would anyway.

“I will never give up on my core values and principles.”

Asked why he chose the APC after his many criticisms of the party and President Buhari, he said, “Why not?

“The point is that I felt that this was the appropriate time to do the right thing, to put Nigeria first, and to appreciate the efforts that have been made.

“Particularly in the last couple of years in terms of security, fighting insurgency, fighting terrorism, and most importantly is the appreciation of the fact that we must remain one as a nation, build bridges, work together to move the country forward.

“It’s not always negative and when the time is right, we change direction to join forces and join hands to move the country forward.”