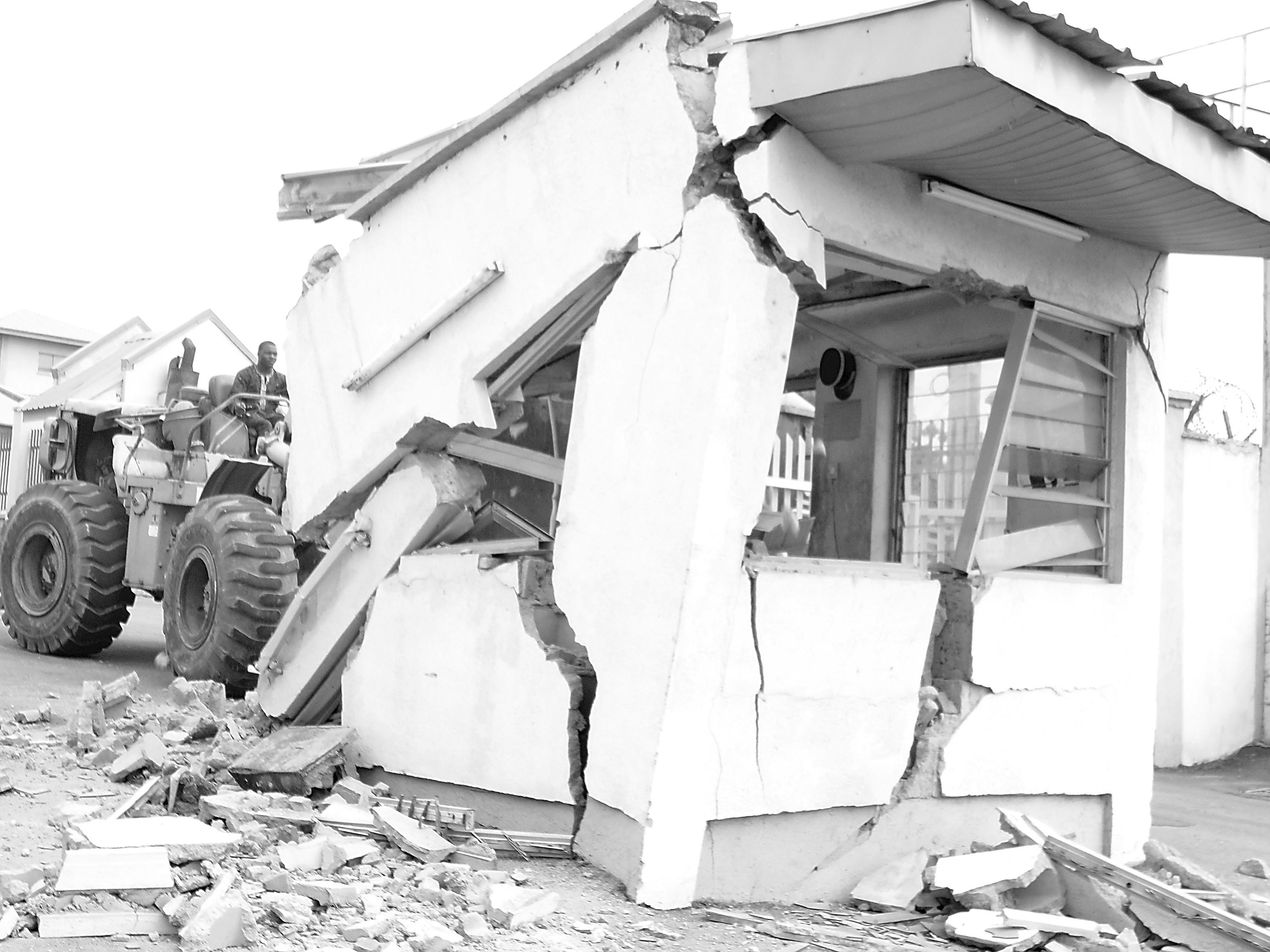 The Oyo State Government on Thursday demolished parts of the most popular event centre in Ibadan, Jogor Event Centre, along Liberty Stadium Road, Ibadan, Oyo State.
The event centre is owned by Femi Babalola, a close aide of a former Governor of the state, Otunba Adebayo Alao-Akala.
Babalola and the Senator Abiola Ajimobi-led government in Oyo State have been at loggerheads since the exit of Alao-Akala from office.
The latest of such face-off was the criticism of the Ajimobi government as an under-performer by Babalola.
This attracted scathing criticism from Ajimobi’s aides.
So on Thursday when the Social and Security Unit of the Oyo State Government moved in to demolish part of the Jogor Event Centre, political undertones were quickly read into the move by the state government.
Babalola, who was reported to be at the scene while the demolition was on, described it as an outright disregard for and violation of a court injunction.
Babalola showed a copy of the injunction to newsmen.
The motion ex-parte, issued on May 2, 2012 by the High Court of Justice, Oyo State of Nigeria, forbade the state government from carrying out any construction on the land or in any way interfering with the exclusive possession thereof pending the determination of the interlocutory injunction filed in the suit.
Babalola, an engineer, who expressed shock at the demolition without prior notification, described the action by the Oyo State Government as being steeped in politics and an effort by the government to frustrate his political ambition.
The officials pulled down the fence and the security post of the centre, with a claim that the state government wanted to construct a road along the axis of the centre.
Babalola is not the only former official of the last administration in the state, whose business has been affected by the moves of the state government.
A former local government area chairman in the state, Kehinde Olaosebikan, has also had his business outfit, Lyrics, locked up by the state government for several months.