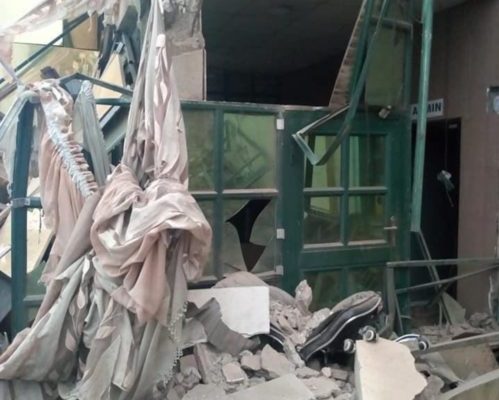 Oyo State Government has begun the reconstruction of Yinka Ayefele’s Music House, which it partly demolished on August 19, 2018.
The reconstruction followed a peace meeting between Ayefele and the Oyo State Governor, Abiola Ajimobi, a few days after the agents of the government destroyed the house for not meeting town planning requirements.
A report by Television Continental has it that construction workers are already on site.
They are said to have a December deadline for the completion of the work.
The Head of News, Fresh FM, Samson Akindele, was quoted as having said: “A lot has happened since the demolition in August.
“We’ve had a lull in the activities going on here.
“Just about two weeks ago, after all the meetings and agreements, the Ministry of Works in Oyo State through the office of the Permanent Secretary and the Commissioner came in to start fulfilling the promise the governor made that indeed the partial demolition was an activity done in error.”