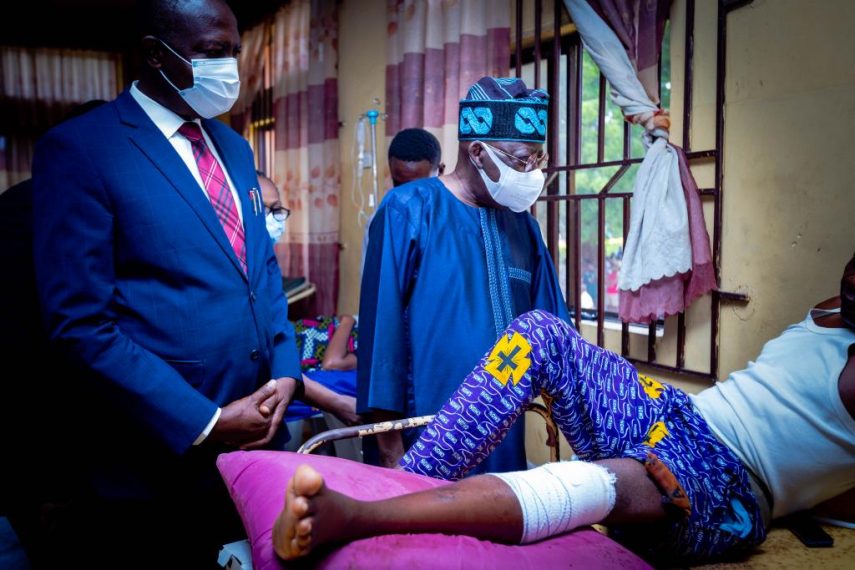 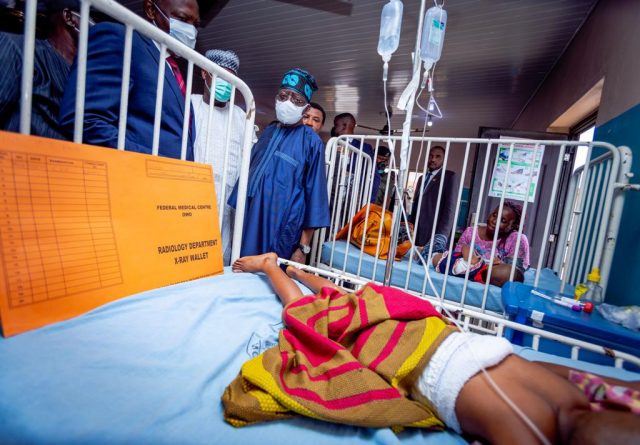 All Progressives Congress National Leader and presidential aspirant, Asiwaju Bola Ahmed Tinubu, on Monday, promised to work with Governor Rotimi Akeredolu to bring succor to the victims of the Owo Massacre. 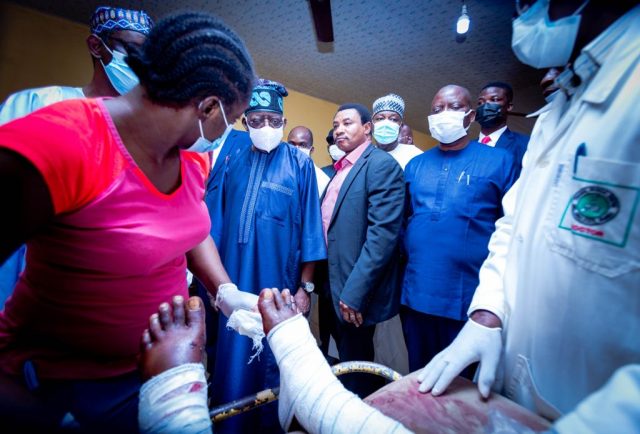 Speaking at the Palace of Olowo, Oba Ajibade Gbadegesin Ogunoye during a condolence visit in the company of Akeredolu, Tinubu condemned the violent attack on innocent worshippers. 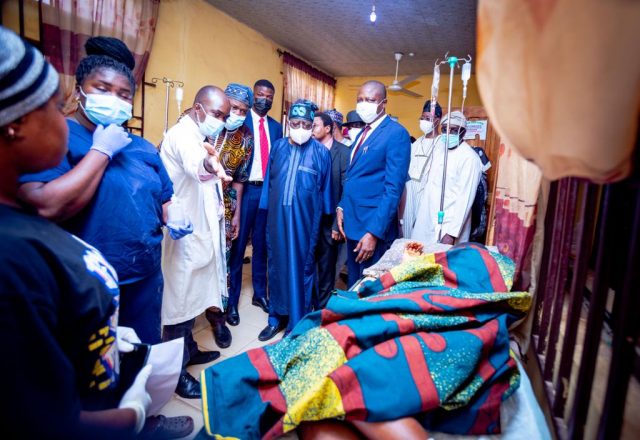 He described the attack as an evil that must be defeated, saying “there is no place for such hatred and wanton taking of innocent lives” in our country. 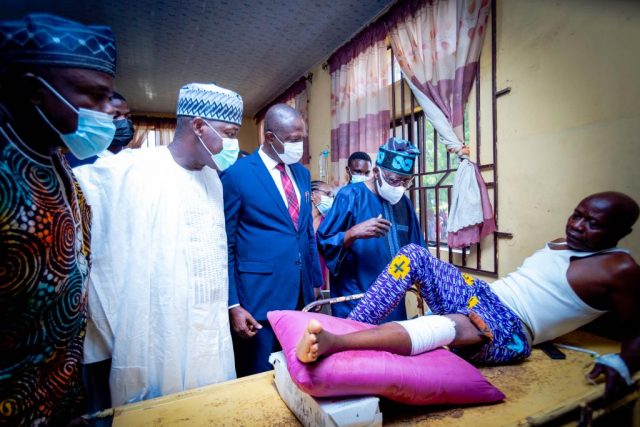 Gunmen invaded St. Francis Catholic Church in Owo on Sunday leading to the death of over 30 people who were mostly children and women. 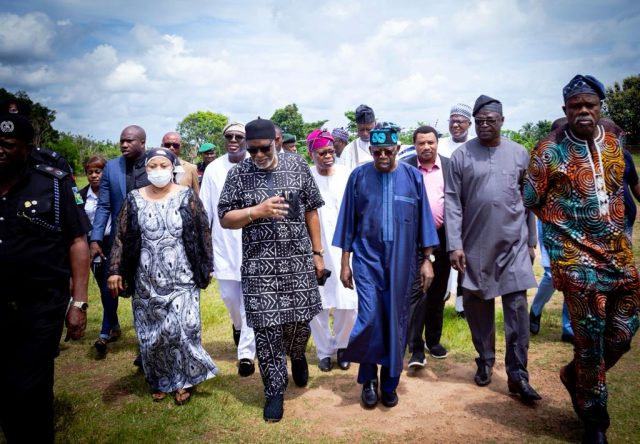 Before he visited the church for the spot assessment, Tinubu pledged N50m to the victims and another N25m to the Owo Catholic Church. 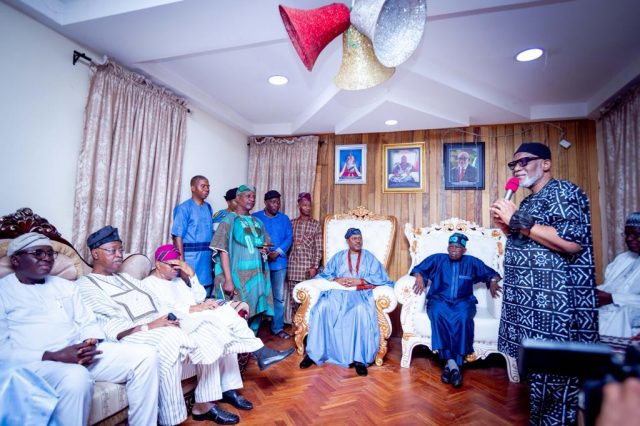 Expressing his sadness over the tragic incident, Tinubu noted that the South-West had never witnessed such an attack of such magnitude saying it was horrendous. 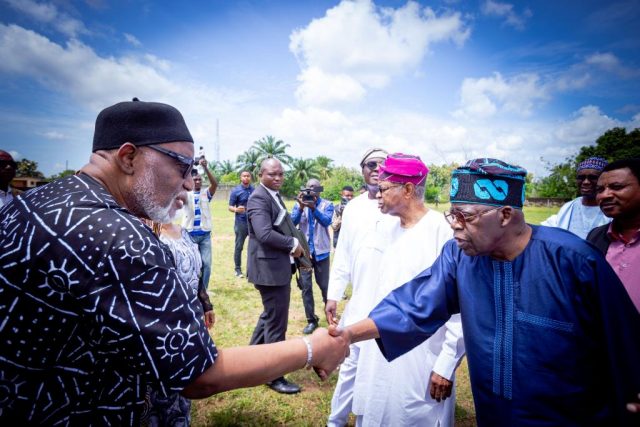 The APC presidential aspirant called on federal and state governments to work together to strengthen the security around the country. 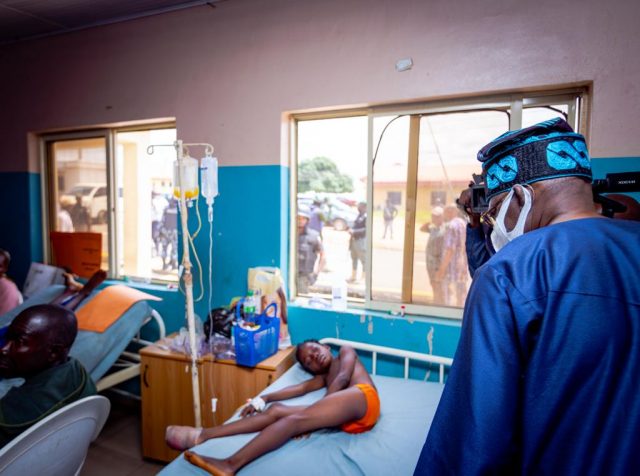 Akeredolu, who appreciated Tinubu for pausing his presidential campaign activities less than 24 hours before the APC convention, promised to either bring the assailants down to the state for justice or take justice to them.