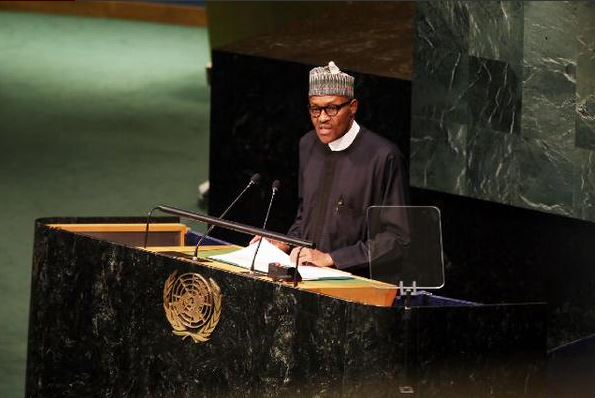 Share
Facebook Twitter LinkedIn Pinterest Email
In furtherance of its goal to tackle poverty and hunger and to create jobs for Nigerians in line with its inclusive growth plan, the Buhari administration’s National Home-Grown School Feeding Programme is now in 19 states across the federation.
The States already covered are Anambra, Enugu, Oyo, Osun, Ogun, Ebonyi, Zamfara, Delta, Abia, Benue, Plateau, Bauchi, Taraba, Kaduna, Akwa Ibom, Cross River, Imo, Jigawa and Niger States.
So far, 5,226,039 in 28,249 schools in these states are currently been fed under the programme, while Kano and Katsina States are expected to be added to the beneficiaries states in the coming weeks, a statement by the Presidency on Monday said.
Also, over 50,000 cooks are currently engaged under the programme.
The school feeding programme, which is part of President Muhammadu Buhari administration’s N500 billion National Social Investment Programmes has a target to feed 5.5 million schoolchildren by the end of 2017.
Meanwhile, the School Feeding Programme is collaborating with the Federal Ministry of Health to deliver an integrated deworming programme for pupils in all public primary schools classes 1 to 6 across 17 states currently under the NHGSFP in the country.
At least 243 Local Government Areas will benefit from the deworming exercise in the 17 states.
These are Abia, Akwa Ibom, Enugu, Niger, Osun, Bauchi, Jigawa, Katsina, Zamfara, Anambra, Benue, Imo, Kano, Kaduna, Ebonyi, Delta and Plateau States.
The integrated programme, which is scheduled for the first and second week of December in these states, will deliver three different drugs for the treatment of diseases endemic to specific states, particularly schistosomiasis, soil-transmitted helminths and river blindness/onchocerciasis.
The drugs to be distributed are Albendazole, Ivermectin and Parazaquintel.
Supported by the Federal Government, three facilitators would be within the states for the period to achieve these objectives and ensure that the pupils in these states are dewormed.
Post Views: 0
National Home Grown School Feeding Programme President Muhammadu Buhari
Share. Facebook Twitter Pinterest LinkedIn Tumblr Email