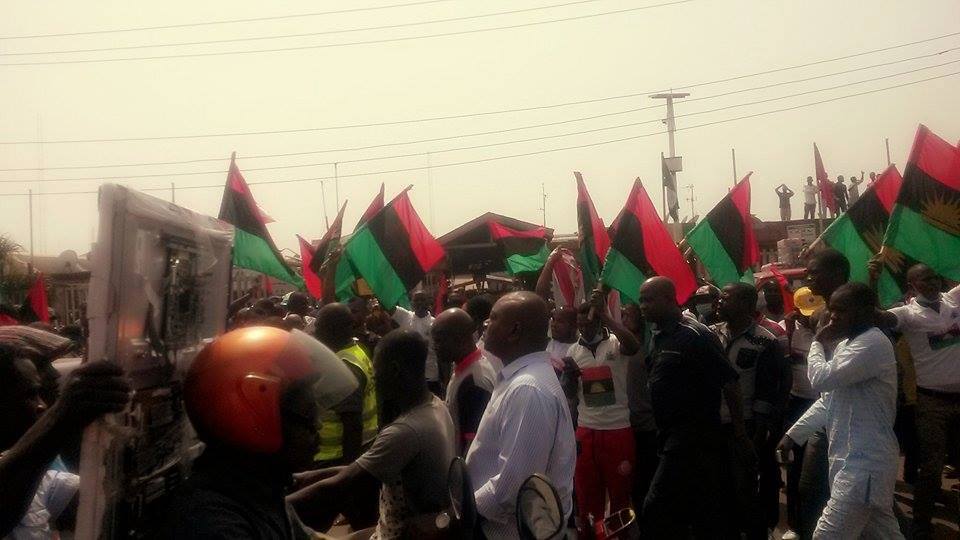 No fewer than 50 persons, including a soldiers and two policemen, are feared to have died on Monday in the South East states where the Biafra Day celebration was marked.
This followed clashes between the Biafra agitators and soldiers and policemen.
In Onitsha, Anambra State, 40 people, including a soldier, were killed, while over 50 were arrested.
Security forces were reported to have entered the premises of St. Edmund’s Catholic Church, Nkpor Agu, near Onitsha and allegedly opened fire on the worshippers, accusing them of being members of the Indigenous People of Biafra.
Five persons were said to have been killed there.
At about 8am, the security forces were said to have opened fire on another batch of suspected IPOB members in another area of the town, killing over 20 on the spot.
At about 11am, the patrol team allegedly killed another 15, thus bringing the total casualty rate to over 40.
Two members of IPOB were also allegedly killed at the Niger Bridge.
The Area Administrator of Nnewi Region of IPOB, Sonny Chukwuebuka, said the two IPOB members were returning to Onitsha from Asaba in Delta State when they were killed.
They were said to have ran into soldiers who denied them passage into Onitsha.
A heated argument was said to have ensued, which led to the killing of the two IPOB members.
Reports from Asaba said seven persons also died in the Biafra Day protest in Delta State.
Two of the dead were policemen.
The Movement for the Sovereign State of Biafra denied involvement in most of the protests.