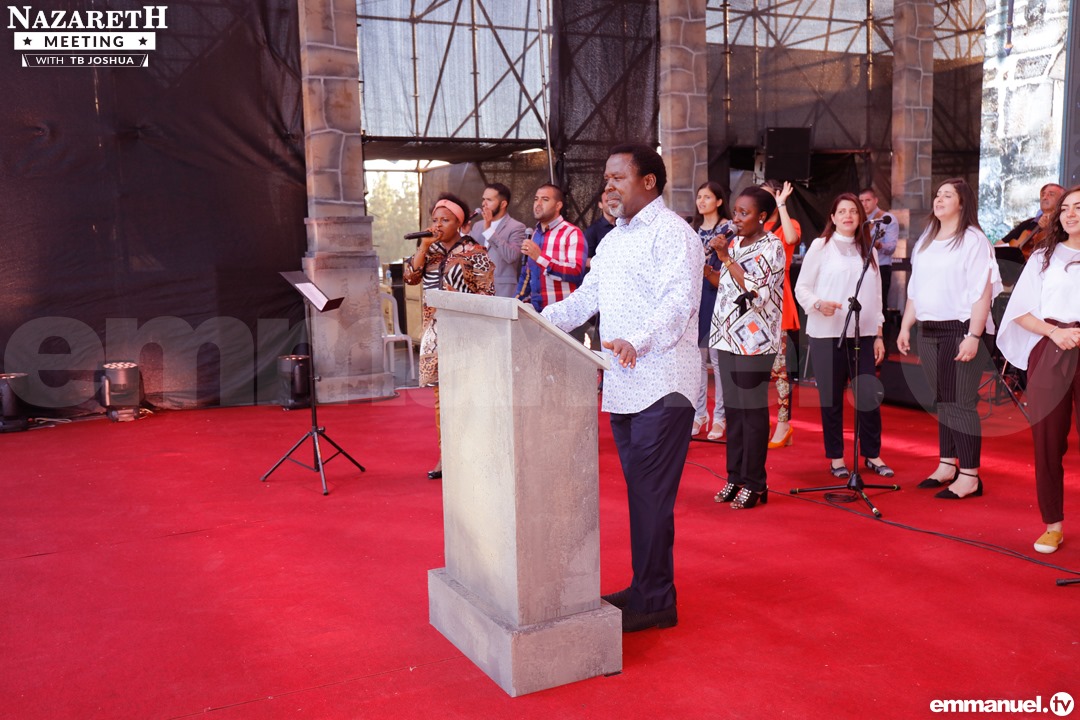 In the last week, Israeli media has been awash with news of the controversial visit of Nigerian cleric, T.B. Joshua, to Nazareth.
Initial news of the visit ignited a furore among apprehensive religious leaders from both the Muslim and Orthodox Christian sector, but the tone among locals has emphatically shifted in the aftermath of the successful event.
Dele Momodu, the larger-than-life owner of Ovation Magazine and erstwhile presidential candidate in Nigeria, was among the visitors in Israel to attend the much-publicised Christian event in Jesus’ hometown.
Whilst traversing the Holy Land, Momodu sampled opinions regarding the controversial cleric and was surprised at the warm response of Israeli’s.
“Joshua-mania hits Israel… It is incredible how T.B. Joshua is wowing the people of Israel,” wrote Momodu to his 500,000 followers on Instagram, subsequently sharing short video clips of taxi drivers speaking glowingly of the cleric.
“Joshua is a good man,” a Nazarene driver named Alosh ecstatically remarked to Momodu. “He is always welcome to Israel. Everyone knows him here and we love him!”
Buttressing Momodu’s assertion, the Mayor of Nazareth, Ali Sallam, touted the economic benefit derived by Joshua’s visit in an interview with local Arabic media, stating the region of Nazareth would accrue up to $1 million as a result of the influx of tourists.
A Nigerian living in Israel, Kennedy, stated that Israeli reactions towards him – and his fellow Africans living in the nation – had significantly brightened after Joshua’s two-day event.
“Many of us Africans who work here in Israel are treated with suspicion and we sometimes feel marginalised,” the Tel-Aviv-based electrician originally from Imo State said in a video posted online.
“But after TB Joshua’s visit, I have observed a notable difference. Many people have approached to ask me more about Nigeria; they are responding far more positively to me and black people in general,” he stated. “I can testify that T.B. Joshua’s meeting in Nazareth is rebranding Africa’s image abroad.”
Writing on Facebook, Julian H – a pilgrim from UK who attended the event – recounted the experience of how an Arabian seller at a local market gave him free fruit after learning he had attended the meeting with Joshua.
“He told me he watched the event live on a local station and was amazed that miracles can still happen today in Nazareth,” the Brit explained.
“Whether you hate this man or like him, the fact remains that T.B Joshua is Nigeria’s biggest export to the world at the moment,” penned Chukwudi Iwuchukwu, a lawyer and social media influencer, on Facebook.
“No other Nigerian – dead or alive – has the capacity to attract such global media attention except him, which makes him one of Africa’s biggest ever icons,” he bluntly wrote.
Opinion among the local Muslim community in Nazareth – which was significantly divisive before the event – has also swung heavily in the pastor’s favour in the aftermath.
“I thought Joshua was coming to try and force us to convert,” an Arabic clothes vendor named Habib stated.
“But I realise he is just a good man with a message of love for all. Also, I sold more in this last week than in the last four months combined because of the tourists he brought to our town – so he’s definitely welcome back!”
A young group of Arabic men admitted they actually attended the event to mock it. “I went with my friends for a joke. I thought they were all a bunch of actors but when I saw someone whom I personally knew receive healing, I started taking it seriously,” wrote Ahmed Dahar in Arabic on Facebook.
The two-day meeting, which has been viewed 500,000 times on Emmanuel TV’s YouTube channel since its broadcast, also received coverage from international media such as The New York Times and Reuters.
. Ihechukwu Njoku contributed this piece to The Eagle Online from Lagos. 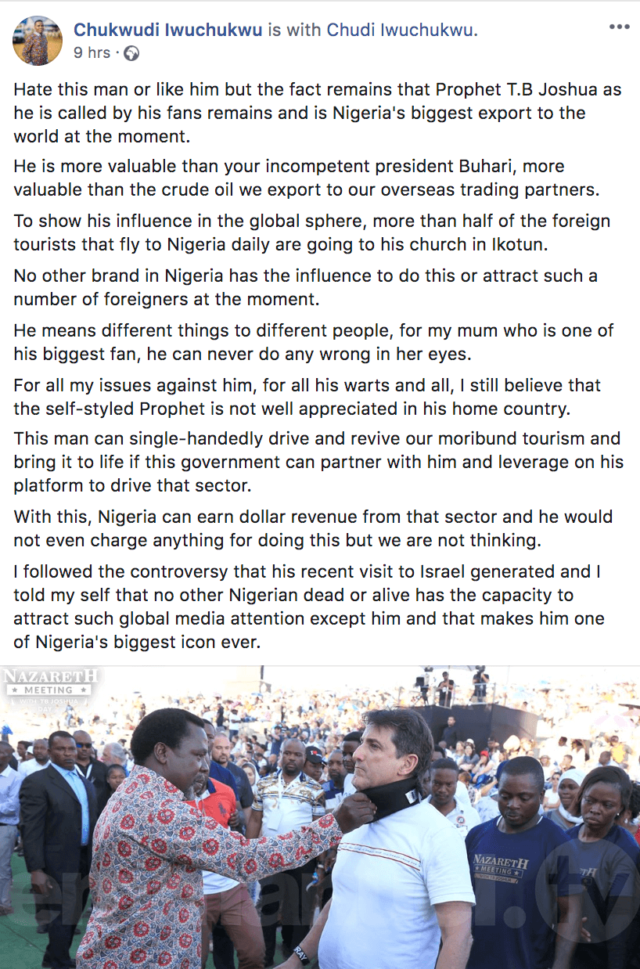 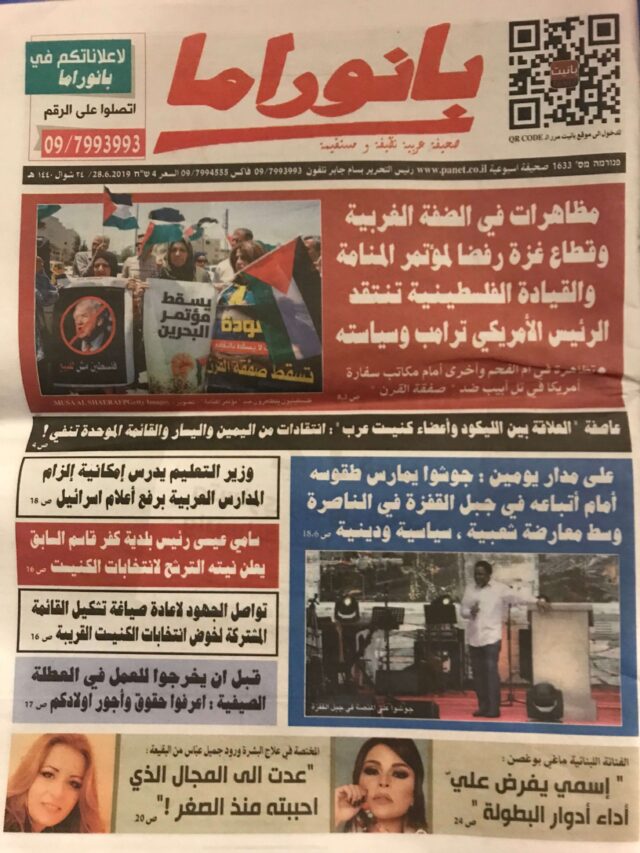 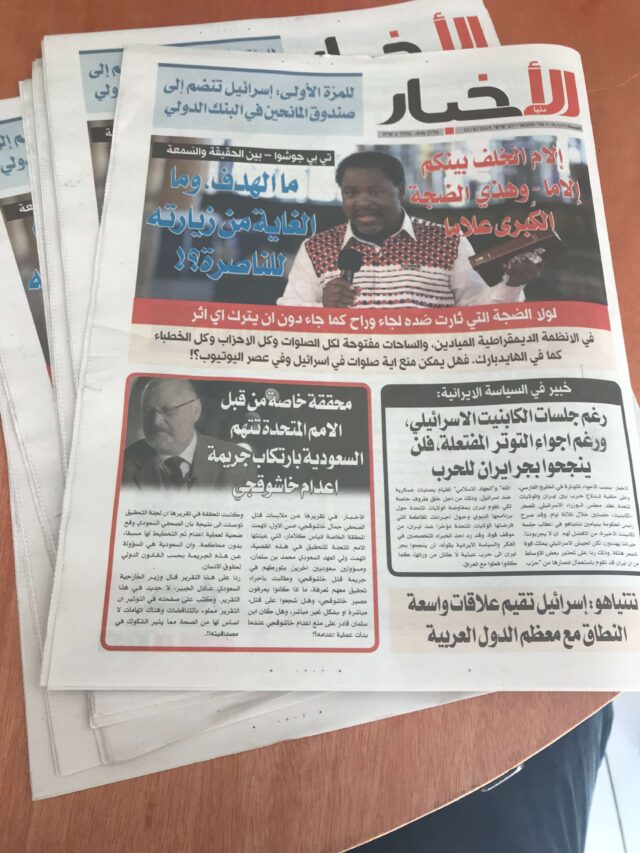 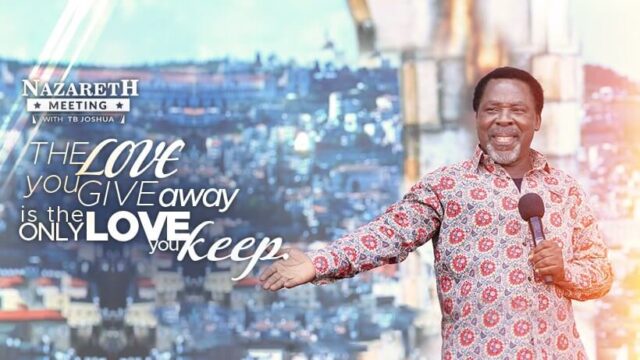