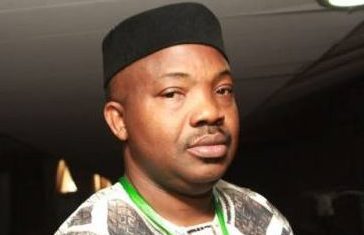 The governors of Osun, Oyo and Ekiti states on Saturday said that the legacies left behind by the late Afenifere spokesperson, Yinka Odumakin, would  forever be remembered and cherished.

Governors Gboyega Oyetola of Osun, Seyi Makinde of Oyo and Kayode Fayemi of Ekiti made the remarks in their tributes during the funeral of the late Afenifere spokesman in Moro, Osun.

In his tribute, Oyetola said that the deceased left a legacy to be cherished in his fight for what is right as a visionary and phenomenal leader.

“We are grateful for his life, he came, he saw and he conquered. I never knew he came to make a farewell visit when he came visiting me.

“He did not live a wasted life and was always fighting for what is right.

“We feel the pain of the family and we are with you as a state and may God grant him eternal rest,” Oyetola said.

The Osun governor thanked all the other governors for their tributes toward the deceased and prayed God to grant his family the fortitude to bear the loss.

Also speaking, Gov. Makinde said the people of Oyo state came to honour Odumakin for his integrity, tireless service to humanity and his consistency in talking truth to power during his lifetime.

“He spoke truth to power; I want to say a life lived with integrity, committed to dignity and ideal will be shining stars to light the path for others coming behind and that was what Yinka did for this generation.

“His struggles will continually be a shining path to light the way for us until we have the Nigeria he dreamt of.

“To the family, I pray God gives you the strength to carry on,” Makinde said.

Earlier, Gov. Kayode Fayemi of Ekiti, described the late Odumakin as a patriot who consistently defended the defenceless relentlessly for the growth of the nation, especially in the South-West.

“Odumakin worked relentlessly for my coming to office and when we called on him on the issue of restructuring, he never broke the chord that existed between us.

“As Afenifere spokesperson, he was a democrat to the core, a nationalist without question, not a secessionist.

“He was a man who believes in regional autonomy, offers the best route to progress and development in the country.

“He left the legacy of speaking the truth to power and an unrelenting campaigner for restructuring in this country; he was a fighter for keeping the democracy going.

“He never succumbed to the merchants of division and secession. That is what we can do to keep the memory of our brother alive.

“On behalf of the chairman of South West Governors Forum, Rotimi Akeredolu and other governors, I salute the courage of conviction, pursuit of restructuring and all those issues he took up when alive and we shall continue to pursue relentlessly until we have that country he dreamt.

“This is the legacy Yinka is leaving behind and we must all continue to push the agenda forward until we have a new Nigeria we all clamour for,” Fayemi said.