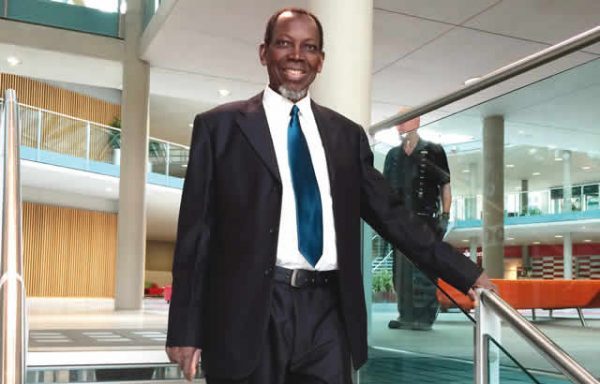 Share
Facebook Twitter LinkedIn Pinterest Email
Prof. Razaq Abubakre, a former Federal Commissioner in the Public Complaints Commission, on Sunday appealed to members of  the All Progressives  Congress in Osun State to jettison the agitation for zoning of the party’s  governorship’s ticket.
Abubakre, who represented Osun State in the PCC between 2012 and 2018, said this while addressing a group of Osun State students on Sunday in Osogbo.
The News Agency of Nigeria reports that the Independent National Electoral Commission has fixed September 22  for the Osun State governorship election.
The former PCC commissioner urged the party to consider merit in choosing its candidate instead of zoning.
Abubakre, a former Vice-Chancellor of Al-Hikmah University, Ilorin, said since there was no zoning arrangement in the party’s constitution, qualified aspirants from any part of the state should be allowed to contest for the ticket.
According to him, the APC should choose a competent, reliable and God fearing candidate to fly the party’s flag in the election.
“I will appeal to APC members to jettison the zoning arrangement and allow merit to be their compass in choosing their candidate for the election,” Abubakre said.
While commending Governor Rauf Aregbesola for his laudable achievements in the state, he said someone who shares the same vision with the governor should be allowed to take over from him.
He said: “For continuity sake, I will recommend that someone who shares Aregbesola’s vision, irrespective of which zone he is from, should take over from him.
“That is why I am clamouring that his Chief of Staff, Gboyega Oyetola, who is one of the 27 aspirants, be given the ticket because of his of pedigree.”
Abubakre, however, urged the students not to allow themselves to be used as political thugs before, during and after the election.
NAN reports that there had been agitation by APC members that the party’s ticket should be zoned to the West Senatorial District of the state.
All Progressives Congress Gboyega Oyetola Governor Rauf Aregbesola Osun State Prof. Razaq Abubakre zoning
Share. Facebook Twitter Pinterest LinkedIn Tumblr Email