Osoba wants rapists to be banned from public office 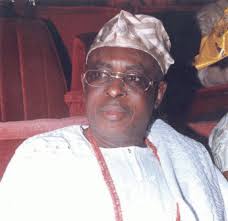 Some Delegates to the ongoing National Conference on Wednesday in Abuja suggested ways of tackling increasing cases of rape in the country.
The delegates, who spoke during plenary at the conference on Wednesday, said it was high time Nigerians rose to the challenge to save the female folk and the entire society from the menace.
Former Ogun State Governor, Aremo Olusegun Osoba, a delegate representing the Former Nigerian Governors’ Forum, appealed that rather than being castrated, rapists should be banned from holding public offices.
Osoba said: “Those who commit rape should be banned from holding public office.
“Some of us are already castrated by nature.
“So, if you castrate more, you will be losing more men.
“Don’t castrate.
“Let them be given a judgment not to hold any public office because anybody who rapes is not fit to rule this country.”
Another delegate, Oyinkan Olasanye, representing the Trade Union Congress, called on men to join women in the fight against rape, adding that it affected everybody in the society.
While also advocating that men should not be castrated, Olasanye appealed to men not to blame the mode of dressing as an excuse to commit rape.
Olasanye said: “If all the men in this house today determine that they are going to assist the women to fight concerning rape, I know we are going to win that battle.
“I’m not going to say we should castrate men that are committing rape.
“Majority of the men accuse the ladies of indecent dressing.
“Severally when we are going on the way, we see men urinating on the road.
“Should the women gather together and castrate them or rape them when they are committing such?
“When we see such thing that is not regular, we take away our face.
“I think when men also see our daughters or our sisters, even when they dress indecently, they shouldn’t commit rape.
“Two wrongs cannot make a right.”